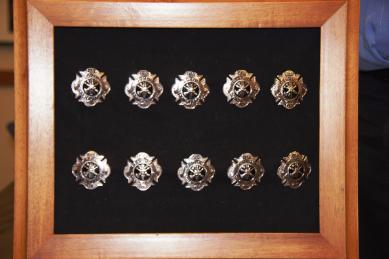 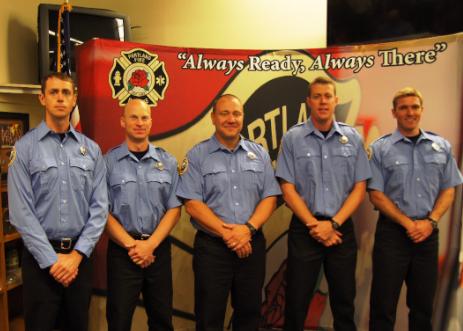 Firefighter Trainees at Swearing In Ceremony

The Firefighter Trainees will be joined by five new Firefighter Recruits. Firefighter Recruits Chase, Erik, Keith, Tyler, and Tim were hired with fire experience or an education background in fire science and currently have a minimum of an Emergency Medical Technician - Basic (EMT-B) certification. 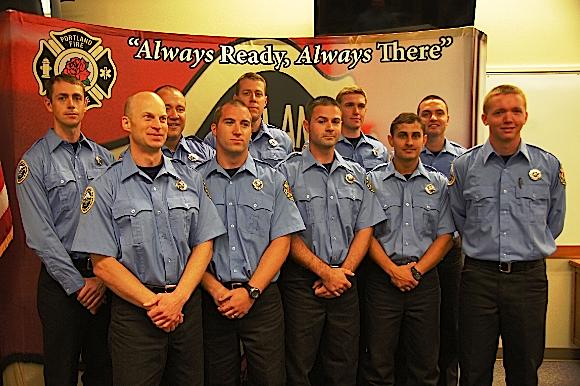 The new Recruit Class 11-02, made up of the graduated Firefighter Trainees and Firefighter Recruits, will be working together for the next four months earning certifications and learning firefighting skills. At the end of four months, the Portland Firefighters that successfully complete and pass the Firefighter Recruit Academy will continue their probation at Fire Station 2 where they start 24 weeks of shift work (24 hours on/48 hours off) and receive further training while responding to various emergency calls.

Good luck to Owen, Christian, Patrick, Thomas, Brad, Chase, Erik, Keith, Tyler, and Tim as they embark in the first part of their challenging journey to become Portland Firefighters!