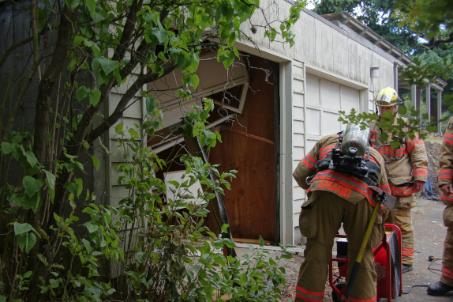 At 12:58 pm, Portland firefighters responded to reports of a residential fire at 1705 NE 48th Avenue near NE 47th & NE Broadway.  Initial reports indicated that there was a car on fire in a garage. Arriving first on scene, PF&R Battalion Chief Chris Babcock encountered smoke coming from the garage. Neighbors informed him that someone was inside the car. 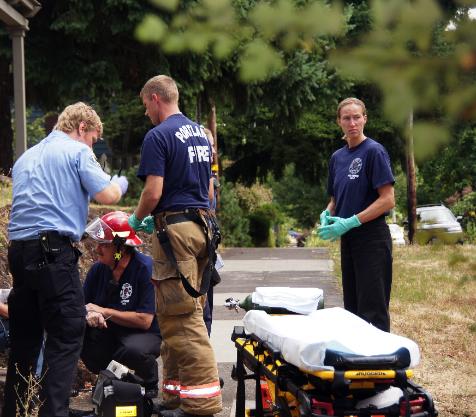 Babcock made entry into the garage in an attempt to search for occupants, but found the car to be empty.  As Portland Police and firefighters arrived on scene, it was determined that a 33-year-old woman had attempted to steal a van parked on the street near the residence. 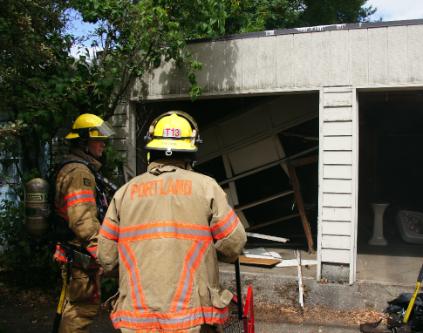 She drove through a closed garage and hit the concrete wall in the back of the garage.  As she attempted to back the vehicle up, the tires spun against the floor and created the smoky conditions.  After the accident, she was able to escape the vehicle on her own and was found sitting in a nearby yard. 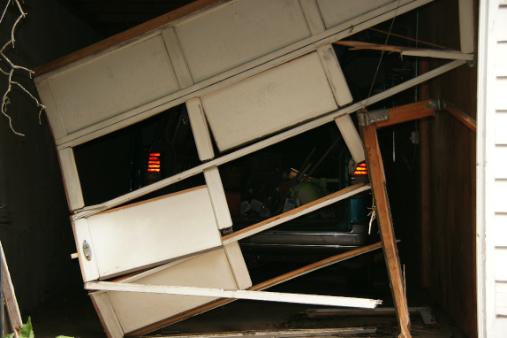 The victim received medical attention from Portland Fire paramedic/EMTs and was transported to a local hospital with minor, non-life threatening injuries.  Portland Police is continuing to investigate.