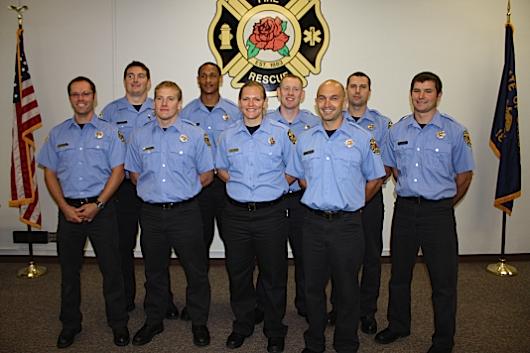 Fire Training Captain Mark Kaiel, Training & Safety Division Chief Glen Eisner, and Fire Chief John Klum delivered the commencement address, acknowledging the fact that passing PF&R’s Training Academy is difficult for both firefighters and their families.  As such, both thanked the graduates for their dedication and commitment, and their family members who supported them throughout the past year. 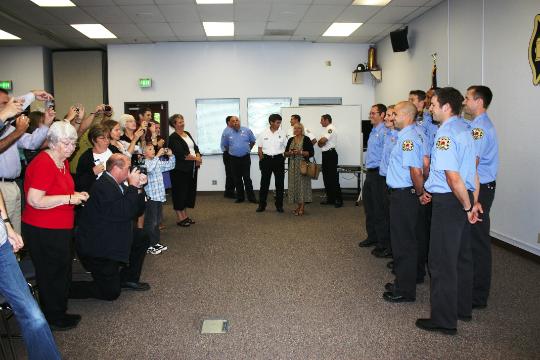 The ceremony was followed by cookes, coffee, and photos with the new firefighters.

Good for you! All that hard work paid off. We are proud and we needed you. Thanks

Congratulations!!! So nice to see you guys out there!!:) Keep Safe.

HUZZAH SALLY!!!!! It was a long hard journey for you and wonderful that you have achieved your goal. Jim retired after 33 years and our son Keith, has been on for 22 yrs. You can look forward to exciting times and to developing lifelong friendships in the fire service. I wish your Grandma could see you now!!! MM