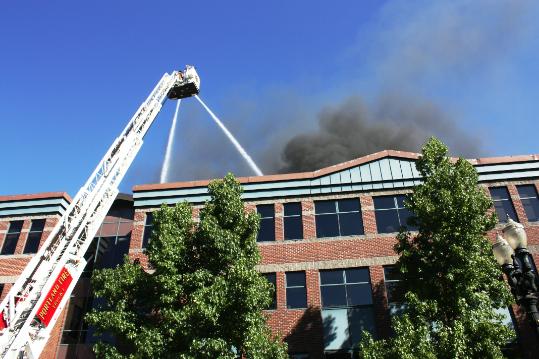 Portland Fire & Rescue was dispatched on a commercial fire at 1730 SW Harbor Way at 3:45 pm today.  While driving to the location, firefighters observed thick black smoke billowing from the commercial building's roof. Arriving two minutes after being dispatched, firefighters quickly called for a 2nd alarm or 30 additional firefighters to assist with controlling the fire. 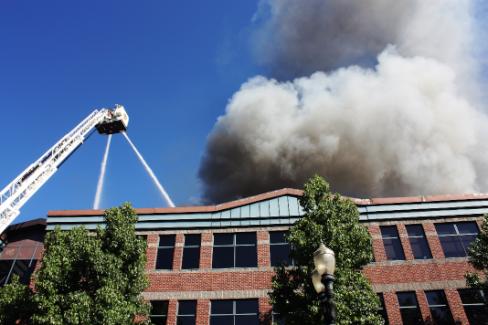 Using a raised bucket, firefighters immediately began attacking the fire on the roof of the building. They then pulled fire hoses to mop up the fire.  There was some difficulty in extinguishing one portion of the fire due to a natural gas line in the area. 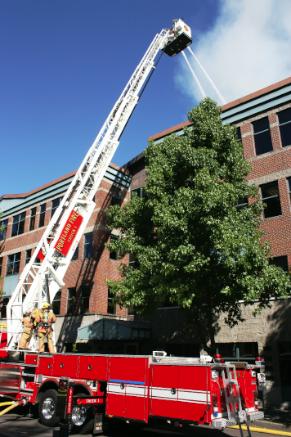 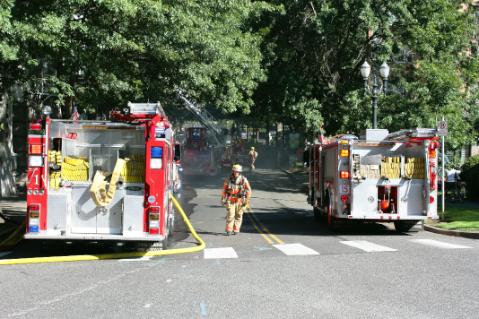 Fire investigators are on scene.  The fire cause is under investigation at this time.

Media Staging is at SW Montgomery Street and SW Harbor Way. A Public Information Officer is on scene. More information and pictures will available as soon as possible.