Portland Fire Investigators have determined the cause of two residential fires that took place on the evening of September 4th.

Investigators believe a birthday candle being used as a light source caused the residential house fire at 5704 SE 122nd Avenue. The fire broke out shortly after 8:00 pm when an occupant of the house was reportedly trying to locate personal belongings with the candle, as a makeshift flashlight, in a house where power had been disconnected the week prior. Reports indicate the candle was dropped as it neared its end igniting nearby papers.

Reports further indicate the occupant tried to put out the fire, but had to evacuate after sustaining fire related injuries. The growing fire had a lead on responding crews as the occupant did not have access to a phone to call 9-1-1. Investigators say the house had a substantial amount of clutter and high piled storage, which was a factor in the fire's rapid growth and level of structural damage. There were no working smoke detectors found or reported. The home is reported to be a total loss. A 62-year-old male was transported to the Oregon Burn Center with life-threatening injuries sustained in the fire.

Fire Investigators also determined that the cause of a mobile home fire at 13045 SE Stark Street was from a cigarette that was discarded in a home trash can. The mobile home sustained $35,000 in damage. Photos from that fire are attached to this updated release. 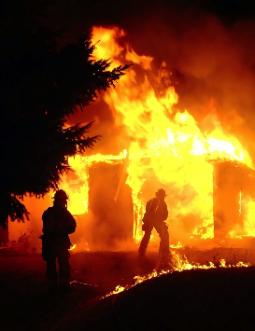 It has been a busy night for Portland Fire & Rescue firefighters who are on the scene of two residential fires in SE Portland at this time. 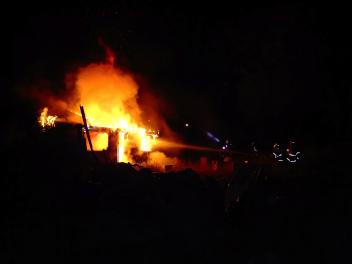 At 8:13 pm, Portland firefighters responded to reports of a mobile home on fire at 13045 SE Stark St. A 9-1-1 caller indicated that someone was trying to kick the door down and that there may have been individuals and pets trapped inside. Upon arrival, firefighters from SE Portland's Station 7 found that the back side of the trailer home was involved in fire and initiated an aggressive fire attack. Additional firefighters arrived and began stretching fire hose from SE Stark Street into the mobile home park to supply crews with a water supply. Firefighters brought the fire under control at 8:35 pm. Fortunately, no one was home at the time of the fire and there were no injuries reported. 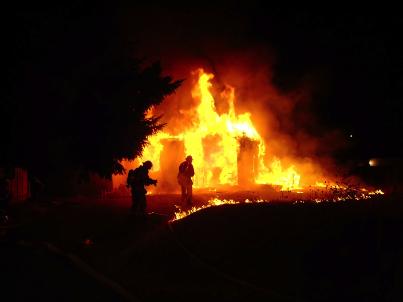 There is currently no damage estimate and Fire Investigators are on scene working to determine the fire's cause. 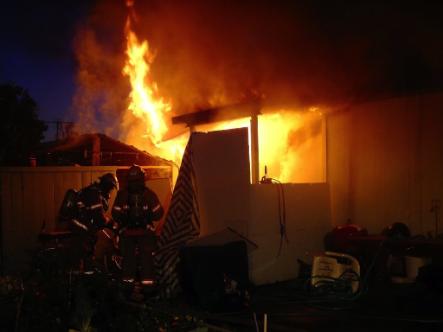 A second fire broke out at 9:04 pm at 5704 SE 122nd Avenue. Upon arrival, firefighters found a single-story home fully involved in fire. An individual was standing outside the home and it was determined by Portland Fire & Rescue paramedic/EMT firefighters that the individual had suffered severe burns. The elderly male received medical aid and was transported to the Oregon Burn Center with life-threatening injuries. 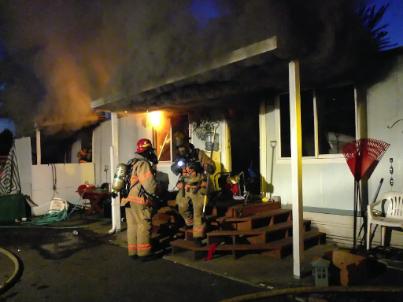 While aggressively attacking the fire, an electrical line dropped near the home, compromising firefighters' safety. Crews took extra precautions while fighting this fire around the live electrical line until Portland General Electric crews arrived to shut off power to the home. The fire was brought under control at 9:41 pm.

The home is considered a total loss and Fire Investigators are on scene working to determine the cause of this fire.