In honor of victims of 9/11 and servicemen and women who have given the ultimate sacrifice in the Afghanistan and Iraqi conflicts, the Exchange Clubs of Salem and local community partners have joined together to present the 2011 Patriot Day Memorial Field of Flags.

From September 8th through the 11th, over 5,000 American flags and banners will be posted in Salem’s Riverfront Park located at 116 Marion Street NE, Salem, Oregon 97301. The Field of Flags will consist of thousands of American flags that will serve as a tribute to the lives that were lost on 9/11. The public are encouraged to walk among the flags and pay their respect to the fallen.

The display here in Oregon got its start in September 2003 with the help of Troutdale resident and retired Boeing worker Kelly Broomall. Broomall was the driving force behind this memorial, noting “Every one of those airplanes was a Boeing plane. There’s a large workforce of people who helped build those planes, design those planes. We all played a part. But that’s not what we designed them for – we didn’t design them to be weapons.” 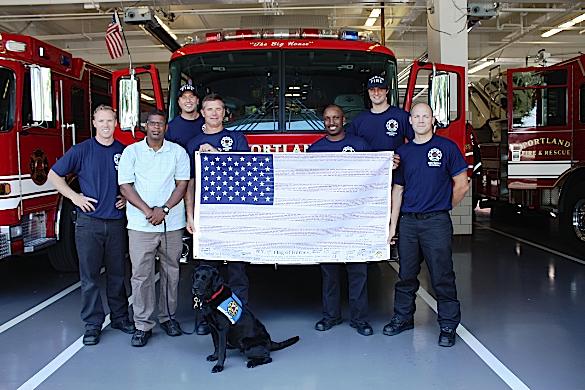 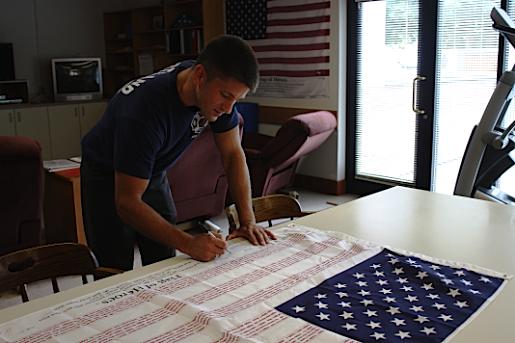 All flags signed by PF&R firefighters will be flown in the “Heroes Field” beginning September 8th for four days.

Community members are encouraged to walk among the flags and pay their respect to the fallen beginning Thursday, September 8 until Sunday, September 11, 2011 at Riverfront Park in Salem, Oregon.  On September 11th, a ceremony, military flyover, cannon salute, and candle lighting will be held beginning at 10:00 am. All are welcome.