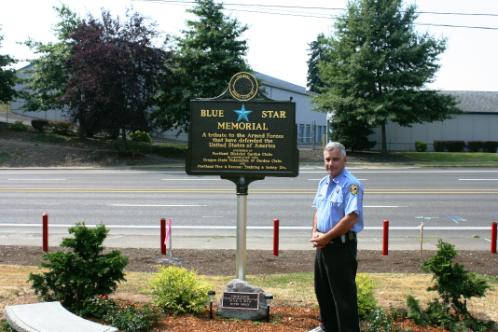 On Sunday, September 11, 2011, Portland Fire & Rescue (PF&R) will receive the distinguished Blue Star Memorial Marker, a memorial plaque honoring the men and women who are and have served in the Armed Forces. 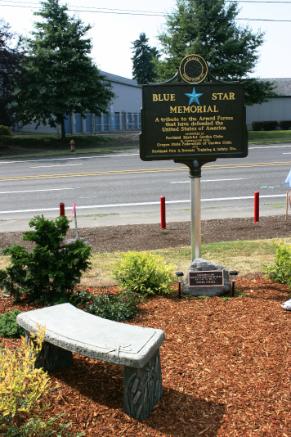 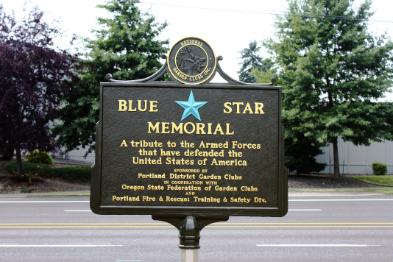 The memorial marker bears the words, “A Tribute to the Armed Forces that have defended the United States of America”.  An additional memorial plaque honoring veterans will be featured at PF&R’s Blue Star Memorial Reflection Garden.

The Blue Star tradition began during World War II, when families hung a small banner with a blue star in their windows to honor family members serving the country. In 1945, the National Council of State Garden Clubs adopted the Blue Star Memorial Program, which established dedication sites in parks and at historic locations and initiated a highway system of thousands of miles, along which large metal markers with the Blue Star were placed.

The public is invited to attend the dedication ceremony at 2:00 pm on September 11th to help the Portland District Garden Clubs and PF&R to honor past, present, and future veterans from all United States Armed Forces Branches.