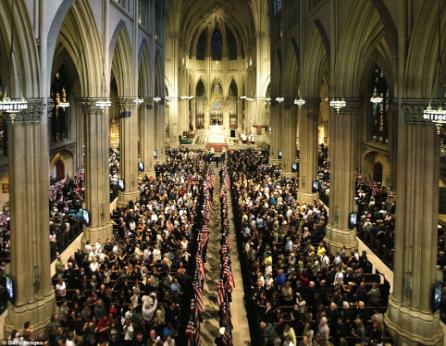 This past Saturday, several off-duty Portland firefighters joined firefighters from across the country gathered at Manhattan, New York, and around St Patrick's Cathedral for a memorial service for their brethren killed in the 9/11 attacks. 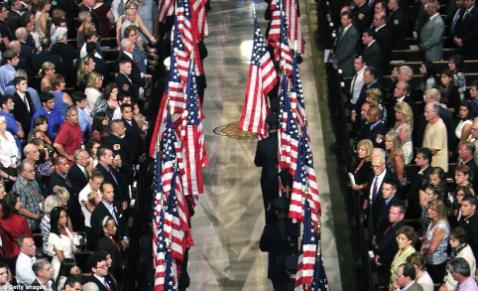 The Honor Guard marched down Fifth Avenue and into the church, carrying 343 flags that represented each of the firefighters who died on 9/11.  Speakers during the ceremony included New York City Mayor Michael Bloomberg and Fire Commissioner Salvatore Cassano. 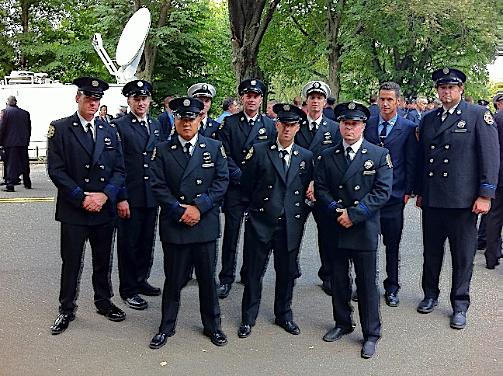 A Portland firefighter noted, “It was a fitting tribute to salute our fallen colleagues.  We know that if it had happened in Portland, we would have run into that building too. Firefighters across the United States would have been here for us now.”

The ceremony was a part of a weekend of events commemorating the 10th anniversary of the 9/11 terror attacks that devastated America in 2001.

Great site. Lots of useful information here. I am sending it to some friends ans also sharing in delicious. And naturally, thank you on your sweat!
http://straight2voicemail.com.au

I just like the valuable information you provide to your articles.
I will bookmark your blog and take a look at again right here frequently.
http://godamwale.com

I conceive you have mentioned some very interesting points , thanks for the post.
http://www.eyebrowsbymais.com

Normally I don’t learn post on blogs, but I wish to say that this write-up very compelled me to take a look at and do so! Your writing taste has been surprised me. Thank you, quite nice post.
http://americanmdcenter.com/services/porcelain-veneer

It sounds like a wonderful class. It would be great to join myself.This is wonderful! Thank you for providing this informative write-up.
http://drfirasosman.com

I was recommended this blog by my cousin. I am not sure whether this post is written by him as no one else know such detailed about my trouble. You’re incredible! Thanks
http://lmc-uae.com

Greetings! Very useful advice within this post! It is the
little changes which will make the most significant changes.
Many thanks for sharing!
http://americanmdcenter.com/en/services/porcelain-veneers

Glad they did this. Very honorable.

This has been very fortunate for you as it is imperative that you need to expand your current company.