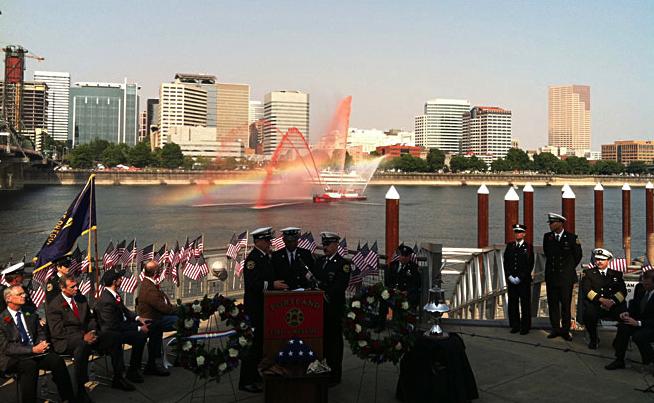 The Fire Choir sings "Danny Boy" to end the ceremory 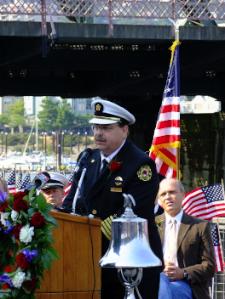 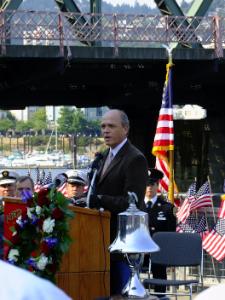 The ceremony included speakers, singers, a moment of silence at 10:00 am, a firefighter testimonial about helping in New York after 9/11, a bell ceremony, the reading of 343 firefighter and 72 police names, and a water display by the Fireboat David Campbell. 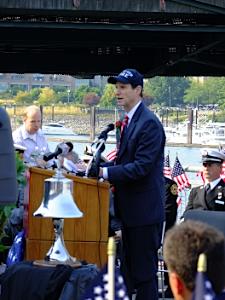 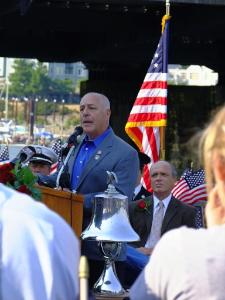 A steel artifact from the World Trade Center, released by the Port Authority of New York/New Jersey, was the center piece of the memorial.

Senator Wyden noted that it was important to start the day with a ceremony that remembered those first responders to the twin towers and the Pentagon.  Retired Portland Firefighter Wes Loucks offered a moving speech, recapping his experience of traveling with four other Portland firefighters to New York City to help in the search efforts at Ground Zero. He said that firefighters referred to the area as "the pile", because they felt that "Ground Zero" had a negative connotation. Loucks was visibly moved after speaking of a New York firefighter and friend, who died earlier this year, due to exposure from dust and debris at the site of the towers. 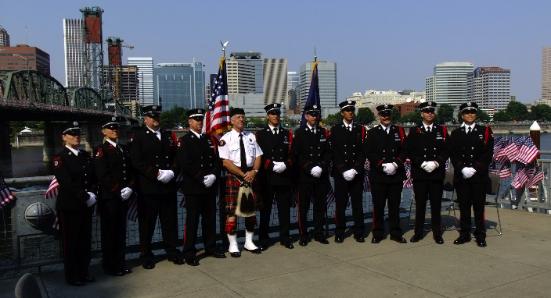 Portland Fire & Rescue offers our sincere appreciation to everyone who helped make this event a success including the citizens, city, state, and government leaders, police officers, ambulance personnel, and local firefighters. We appreciated the real experiences that our speakers shared. 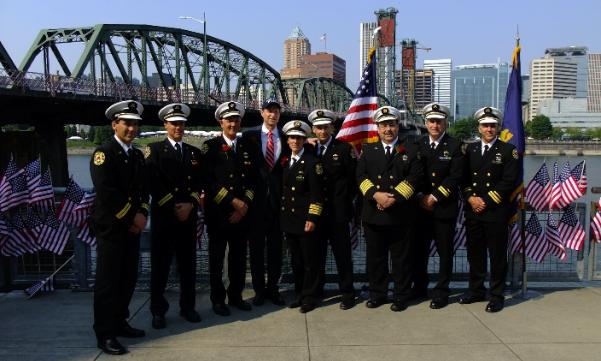 The photos are courtesy of Portland Fire & Rescue Photographers Dick Harris and Greg Muir. Additional photos will be added to PF&R’s Facebook page.