"Everyone remembers where they were that day," says Dwight Englert, 57, a Portland firefighter for the past 31 years. "I was just waking up. The phone rang." On his way to answer it, Englert glanced at the television. The volume was turned down, but he recognized the skyline immediately.

"My friend said, 'The trade towers are on the ground.' I immediately thought of Billy."

Englert and William "Billy" Quick, a New York firefighter, had been friends for years. They had met when Quick came to Oregon to climb Mount Hood. He had treated Englert to a few "backdoor tours" of New York City. As firefighters, they shared a calling as deep as a religious commitment. 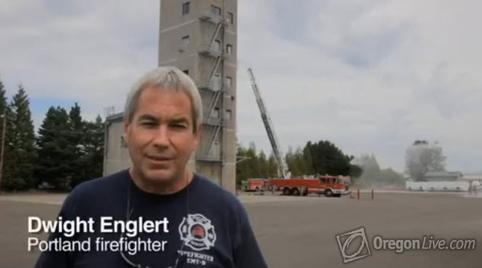 Portland firefighter Dwight Englert went to New York immediately after the September 11th attacks to assist in the recovery of victims' bodies. Click on the photo to listen to Dwight discuss the experience as well as the loss of a friend who also worked among the wreckage at ground zero.

"I started packing instantly. I knew they were in dire straits. If anybody could help, it would be firefighters." Englert and three other Portland firefighters -- Ed Hall, Wesley J. Loucks and Neil Martin -- flew on their own dime and their own vacation time to meet Quick in New York the Saturday after the attacks.

"We slept at Ladder 134 that night. There were people sleeping on the floors, the pool tables. We were with Billy on the towers by 9 a.m. They called it 'the pile.' It was seven floors compressed into three stories. It was 18 acres of debris. I don't like using the word 'surreal.' People say that all the time, but there is no way of explaining it."

Englert keeps a photo of "the Portland boys" and Quick, standing together on the pile, taped to his locker at the Portland Fire & Rescue Training Center. 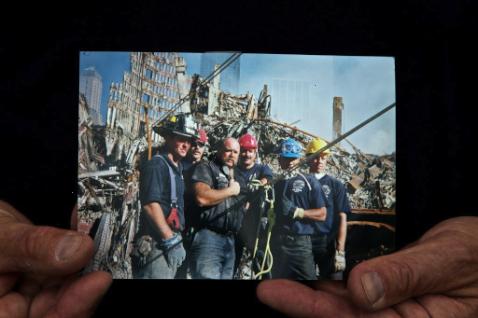 "Before 9/11, I used to come home from New York and talk about how they did things there and nobody wanted to listen. But since then, we have listened. It's exciting to get called to a fire, but if it was caused by an explosion, we have to think, 'Could there be another?'

"Everywhere I go, I'm always aware now of the people around me. I'm always looking for someone who doesn't fit in with the purpose of the gathering. I'm not giving in to fear, but I err on the side of preparedness. 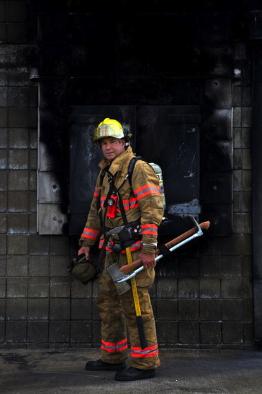 Englert, working at the Portland Fire & Rescue Training Center, says a terrorist attack or disaster forces an entire city to work together.

"Billy Quick worked days and nights in the rubble. Eventually he had trouble breathing -- the air was acrid there, full of dust. In January, Neil and Wesley had gone to see him, and I was on my way. But I got a call from his wife. He'd died in the night.

"I was at his funeral -- it was 18 degrees outside. There were firetrucks at every intersection. It was huge. He was one of New York's most decorated firefighters."

Story, photos, and video courtesy of The Oregonian.  Visit the Oregonian online at http://www.oregonlive.com.