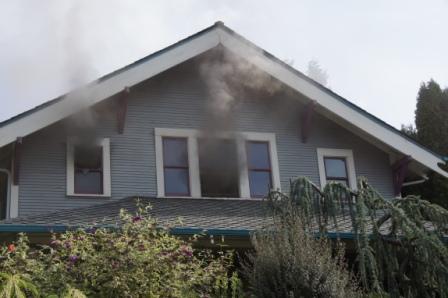 Firefighters arrived in three minutes and reported heavy fire and smoke billowing out of the home’s second story. 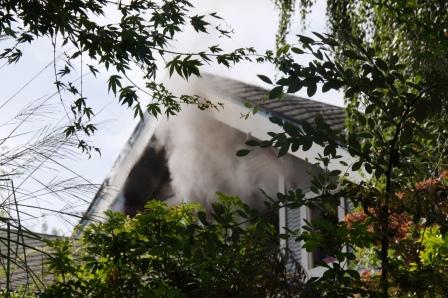 The firefighters used forcible entry to gain access to the fire because no one was home at the time.  Firefighters then quickly located the fire on the first floor after observing a bright glow in the back area of the home in the kitchen. Because of the older type of construction, fire raced up the walls and got into the second story and attic of the home.

Firefighters worked alongside one another to diligently fight the fast moving fire, attacking it from the inside of the home and on top of the roof. No injuries were reported. 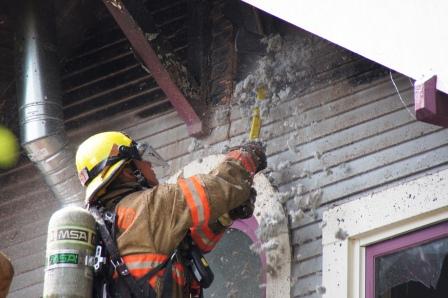 “Houses built around the turn of the century cause us concern due to the type of construction and the lack of fire blocking that can cause fires to escalate quickly,” said Battalion Chief Jim Forquer. 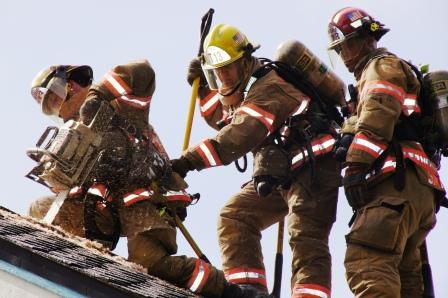 The homeowner reportedly left the home at 10:30 am and when notified by his neighbor, he quickly returned to speak with Fire Investigators.

Fire Investigators are on scene trying to determine the cause of the fire. Damages are estimated at $50,000.

Portland Fire & Rescue reminds citizens that when there is fire or emergency in their neighborhood, help create a safe space for firefighters to work by staying on the sidewalk and away from hoses and fire apparatus.