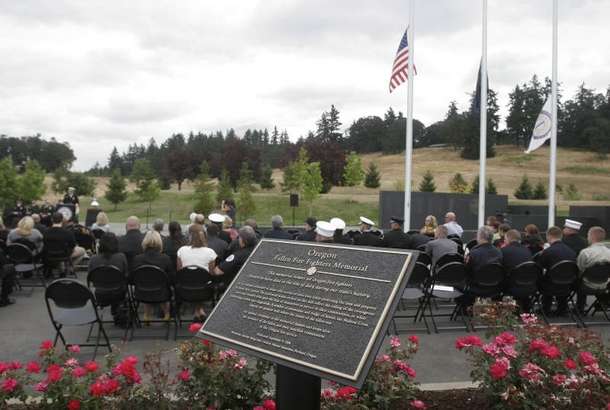 An annual ceremony honoring Oregon firefighters who have died in the line of the duty was held last Thursday morning in Salem. 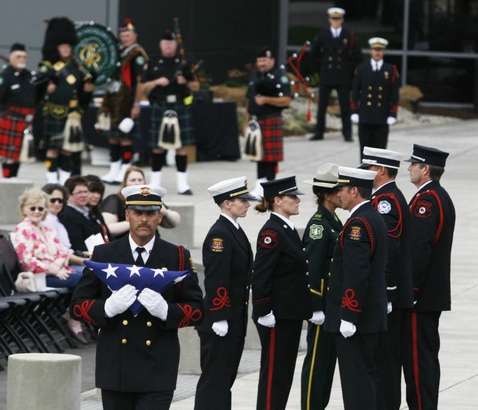 The Fallen Fire Fighters Memorial is a tribute to professionals and their families who have made the ultimate sacrifice. The ceremony included reading the names of 162 career, volunteer, and wildland firefighters who have been killed and tolling the bell in their honor. 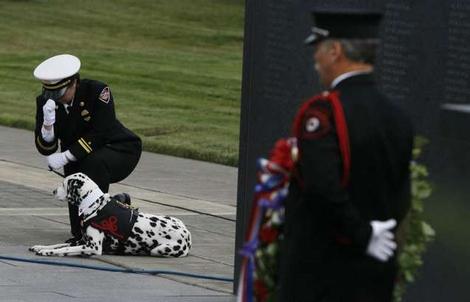 Thankfully, no new names were added to the memorial wall this year.  Last year, Coquille Firefighter Captain Leland Roger Marshall’s name was added to the memorial. On August 7, 1969, Captain Marshall was participating in an evening training exercise with the Coquille Volunteer Fire Department. During the exercise, Marshall started suffering chest pains and was being transported to the hospital when he died. Marshall was nominated for the memorial by five of his co-workers at the Coquille Fire Department who were present at the training exercise and tried to save his life en route to the hospital that was located 25 miles away in North Bend. 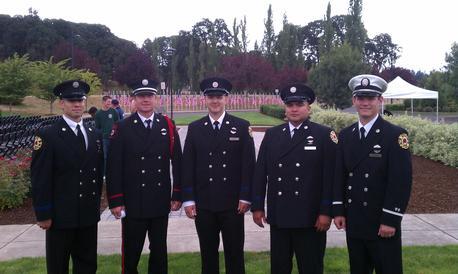 Portland Fire & Rescue’s Honor Guard as well as crews from Engine 4 and Truck 4 and Battalion Chief Rich Stenhouse attended the ceremony to help recognize and honor firefighters from Oregon fallen in the line of duty. 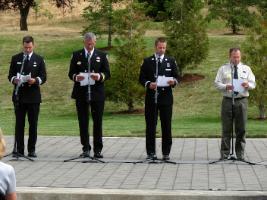 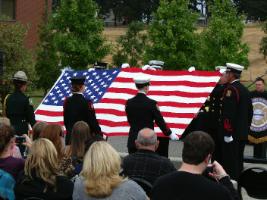 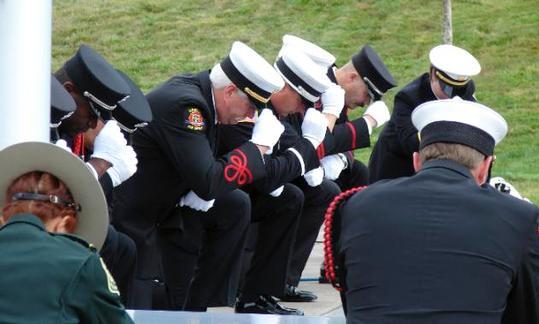 Each year, the memorial is held at the Oregon Public Safety Academy in southeast Salem, the site of permanent law enforcement and fire service memorials. Click here to learn more about the Oregon Fallen Fire Fighters Memorial History. A complete list of fallen heroes and their individual stories can be accessed here.