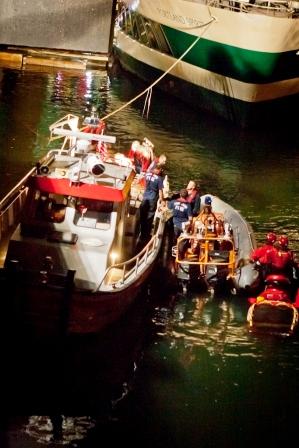 Early this morning, Portland Fire & Rescue responded to reports of a vehicle that entered the Willamette River. Initial reports indicated that around 2:45 am, a car left the Hawthorne Bridge and landed in the river. However, upon further investigation it was determined that the vehicle apparently was driving eastbound on SW Salmon Street and for unknown reasons went through the Salmon Street Fountain, breached the seawall at Waterfront Park, and entered the Willamette River. 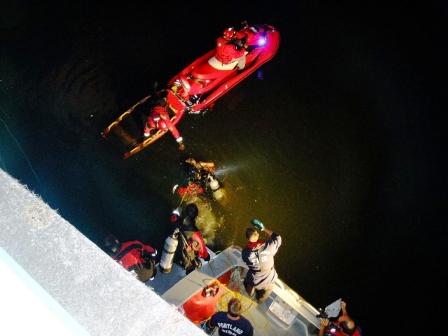 Firefighters, including Portland Fire & Rescue's Dive Team, responded at 2:58 am. Four firefighters specially trained as divers began a rescue operation to locate the car in the river and search for possible victims. Divers located a Toyota Camry in the river and brought up a single victim at approximately 3:27 am - a female in her late 30's or early 40's. Efforts to revive her at the scene were unsuccessful and she was pronounced dead at 3:41 am. 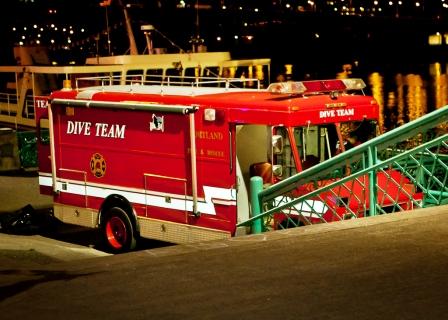 Portland Police Bureau is currently investigating the incident and Portland Maintenance Bureau personnel are working to temporarily shore up the breach in the seawall prior to the start of the morning commute.