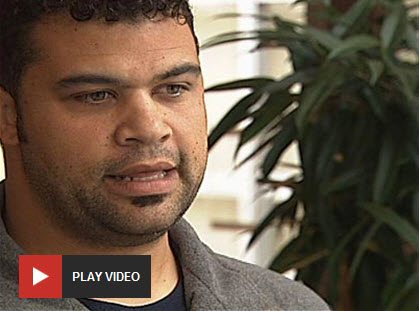 At 7:29 pm, Portland Firefighters from NE Portland Station 14 were dispatched to calls of a pin-in trauma involving a single victim at a NE Portland warehouse. Firefighters arrived at Western Box Meat Company, located at 2401 NE Argyle Street, at 7:33 pm.

Reports indicate that a 65-year-old male had been driving a forklift when he apparently backed into a support beam, was pinned between the forklift and the beam, and sustained a crushing injury. There were six workers in the building at the time of the accident. Fellow workers freed him from between the beam and the forklift. Upon arrival firefighters found that the man had no pulse and began performing CPR.

"Unfortunately, it is rare on trauma calls such as this to have a positive outcome," said Public Information Officer Paul Corah. "When a patient has no pulse, a positive outcome would mean bringing them back to life."

According to Firefighter/Paramedic Tremaine Clayton who responded to the scene, the cooler that the man was working in was -5 degrees Fahrenheit. Because he sustained his injuries in such a cold environment, firefighters believe this may have meant the difference between life and death for the patient.

"After performing CPR, firefighters were able to establish a healthy heart rate and viable blood pressure by the time the man arrived at Emanuel Hospital where he was immediately taken into surgery," remarked Corah.