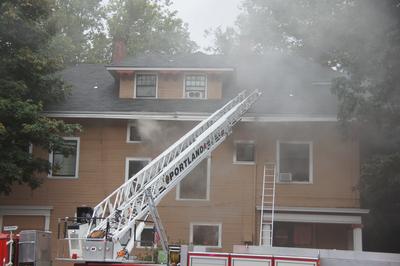 Portland Fire & Rescue responded to reports of heavy smoke pouring from an apartment building located at 2229 NW Everett at 8:17 am.  Upon arrival, firefighters encountered thick black smoke coming from a large structure that housed eight apartment units.  Firefighters from NW Portland Station 3 aggressively attacked the fire and quickly extinguished the blaze.  A search was performed to ensure that everyone had evacuated the building safely.

Fire investigators have ruled the cause of the fire as accidental.  Reports indicate that there was one occupant in the fire unit at the time of the fire and that the fire resulted when a towel was accidentally placed over a lamp.  Damage is estimated at $15,000.  Occupants of the apartment building will be allowed back into their units later today.  There were no reported injuries and firefighters cleared the scene at 10:19 am. 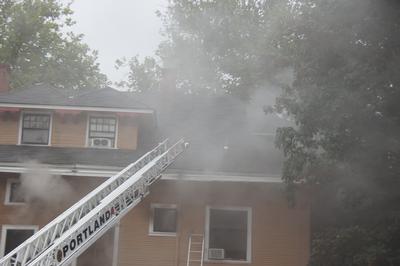 "Early morning fires are always a concern for firefighters in apartment buildings because often times people are sleeping, and evacuating a number of people in a timely manner is critical to occupants' safety," said Public Information Officer Paul Corah.