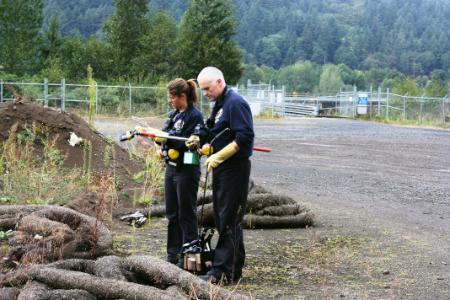 On September 27, 2011, Portland Fire & Rescue's (PF&R) Hazardous Materials team from Fire Station 7 in SE Portland participated in a federal all-day drill in North Portland by the Willamette River. The focus was on one of the great concerns of the post-9/11 era: nuclear terrorism.

PF&R worked alongside other local, state, and federal agencies to test their ability to detect radiological materials and prevent an attack orchestrated by a fictional terror cell intent on targeting the City of Portland with a “dirty bomb.” 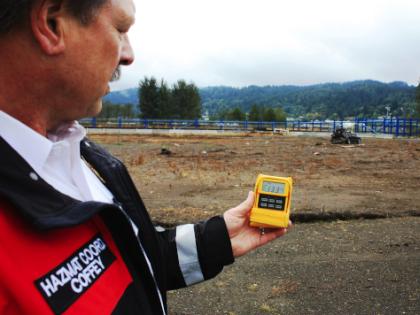 “The goal is to exercise our capacity to respond in the aftermath of a terrorist attack,” stated PF&R's Hazardous Materials Coordinator Grant Coffey (pictured above).

The exercise was supervised by an outside consultant and funded with federal grant monies.