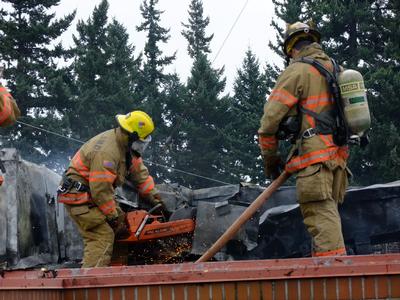 At 12:50 pm, Portland firefighters were dispatched to reports of flames coming from a commercial structure.  The fire was discovered at 12350 SE Powell Blvd., the home of the Human Solutions non-profit organization.  Firefighters from SE Portland Station 7 arrived at the scene with an engine and truck and found flames coming through the roof. 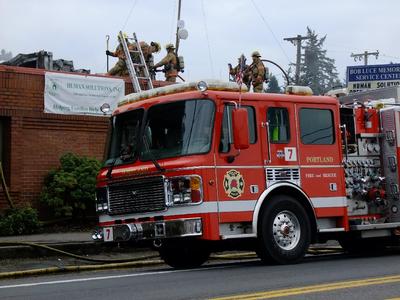 Two fire truck crews used aerial ladders to extend hose lines to the roof and quickly knock down the blaze, which was contained to the roof.  There was significant smoke damage throughout the building and firefighters worked extensively to ventilate the building.

Fire investigators remain on scene working to determine the cause of the fire.  Damage estimates are not yet available.