UPDATED INFORMATION WITH FIRE CAUSE, DAMAGE ESTIMATES and PHOTOS 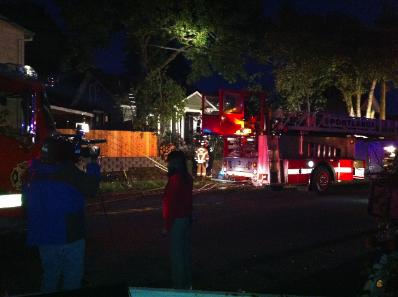 Portland Fire & Rescue Investigators have determined the cause of the fire to be smokers carelessness. The value of the structure is estimated to be $90,000 and the loss due to fire damage is $50,000.

One significant factor in the rapid rate of spread and intensity of this fire was that the home was undergoing a complete remodel. When walls are no longer protected by drywall or plaster, fire can travel quickly to every part of a structure through void spaces and can quickly consume entire home. Compounding this are the exposed flammable structural members which are normally shielded from fire and heat by finished wall. Portland Fire & Rescue recommends taking additional precautions when your home is being remodeled such as maintaining working smoke detectors throughout the duration of the project. 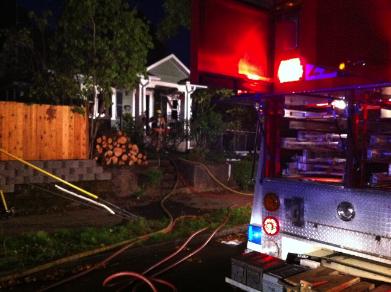 At around 5:30 am,Portland firefighters were dispatched to reports of a house on fire at 9716 North Smith Avenue.  Upon arrival, firefighters from North Portland (St. Johns) Station 22 found that the two-story home's basement was fully involved in fire.  Firefighters entered the residence and began searching for a female resident who reportedly lived in the basement, as well as upper stories for any occupants, but found that the home was unoccupied at the time of the fire. 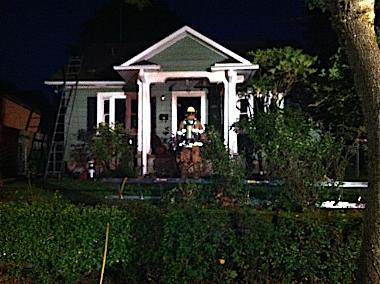 After an aggressive attack, the fire was knocked down and contained primarily to the basement. The home's basement suffered extensive fire damage and there is minimal smoke and fire damage to the upper floors.  Firefighters discovered that there were no working smoke alarms in the home. The fire is currently under investigation and a public information officer is on scene.