Fire Investigators have found that the cause of the fire at 8343 NE Broadway was the use of illegal fireworks. The fire is deemed accidental. 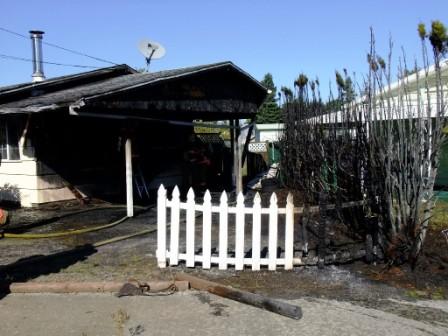 At 1:10 pm, Portland firefighters were dispatched to the third significant residential fire to break out in Portland in nine hours.  Firefighters responded to 8343 NE Broadway after receiving reports from neighbors who heard an explosion and observed flames shooting 10' in the air above the house.  Most of the fire was contained to the home's attached carport and arborvitaes.  However, the fire was so hot that it melted through the siding of the adjacent home. 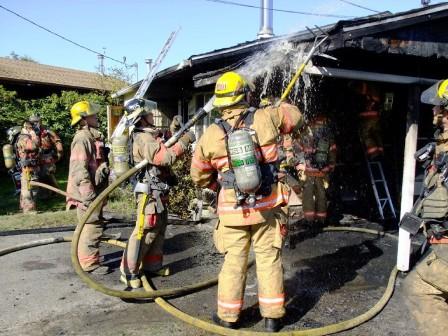 One person was home at the time of the fire and was alerted to get out by neighbors who knocked on the door.  NW Natural gas was called to the scene to investigate the reports of an explosion and determined that there was not a natural gas leak at the property.  One man across the street from the home was treated at the scene by firefighter/paramedics for smoke inhalation after the strong east winds drove thick black smoke into neighboring residences. 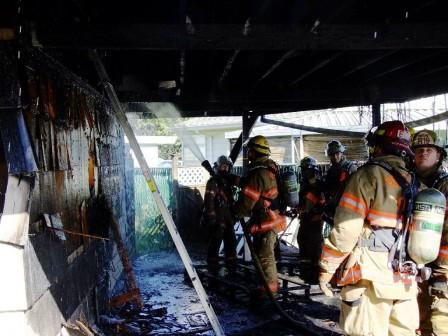 The Red Cross has been called in to assist one individual with finding alternate housing.  Fire investigators remain on scene working to determine the cause of the fire.  Damages to the home, the home's contents, and the adjacent home are estimated at $50,000.