**UPDATED WITH PHOTOS, CAUSE & DAMAGE ESTIMATE**

Fire investigators have determined that the cause of this morning's fire in NE Portland was caused by careless smoking. The total damage is estimated at $50,000. 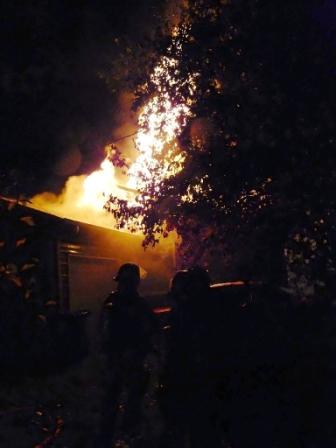 At 2:21am this morning Portland Fire & Rescue responded to a house fire at 702 NE 125th. Initial reports stated that the front of the house, as well as some trees, were on fire. At 2:25am crews arrived they encountered heavy fire from the exterior of the building extending into the eves and attic space. Fire crews aggressively attacked the flames on the outside of the structure and then entered to check for any fire extension into the interior of the house. A hose line was also pulled to each side of the house to protect the homes on either side from fire spread. A fire crew was sent to the roof and cut a hole to ventilate the heat, smoke and fire gasses. 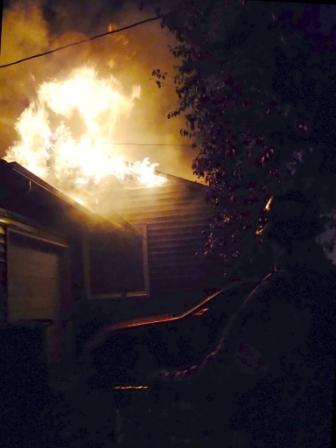 Once inside, after extinguishing most of the fire, crews noticed that the ceiling was sagging and backed out as some of the rafters collapsed. The crew notified command of the partial collapse. At 2:31am crews were ordered to withdraw from the building and, once all firefighters were accounted for, the remainder of the fire in the attic was put out while working around the partial collapse. 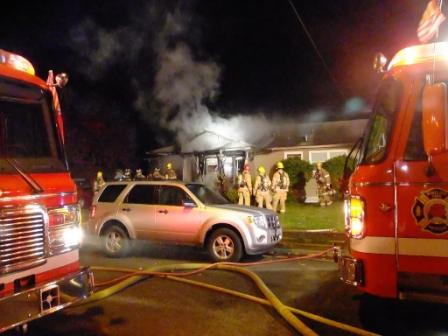 "As we came around the corner and saw the amount of fire, we knew we had to act quickly to make sure no one was inside," said Firefighter Matt Slosser. "Fortunately the occupants escaped the fire safely." 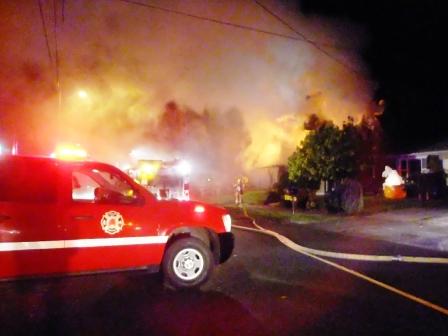 The fire was brought under control at 3:01am. One male and one female were displaced from their home. The Red Cross is on scene to assist them with finding alternate housing. There were no injuries at this fire.

With the main body of the fire on the front of the house, it's an important reminder that the front door is not always the best way to exit your home in case of fire. Having a second means of escape in case of emergency is vital.