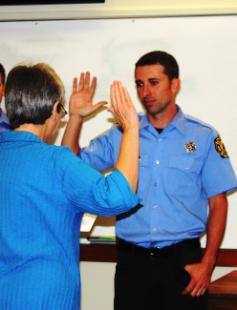 PF&R appointed Ty Callicotte as the newest Fire Lieutenant.  Witnessing the ceremony was his father Craig Callicotte, Chief of the Port of Portland Airport Fire Department. Lieutenant Callicotte began his career here at Portland Fire over 11 years ago, and has worked at stations across the City of Portland. 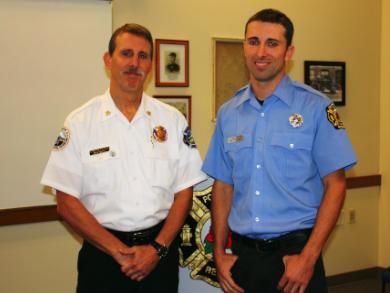 As a Fire Lieutenant, Callicotte will be responsible for supervising firefighters when working at a fire scene or other emergency. He will also organize and supervise the day-to-day tasks at a Portland fire station, and provide training on safety procedures and fire equipment to firefighters. Click here to view the City of Portland Fire Lieutenant job description. 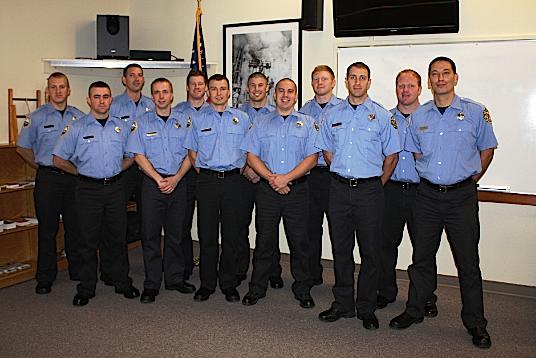 The new Recruit Class 11-03 will be working together for the next four months earning certifications and learning firefighting skills. At the end of four months, the Portland firefighters that successfully complete and pass the Firefighter Recruit Academy will continue their probation at Fire Station 2 where they start 24 weeks of shift work (24 hours on/48 hours off) and receive further training while responding to various emergency calls.