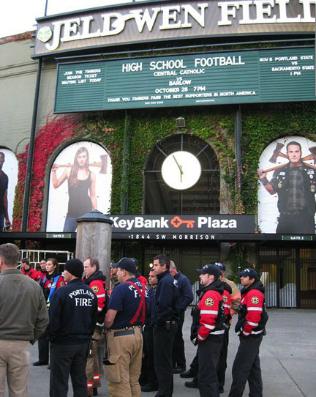 On October 25, 2011 during the dinner hour, Portland Chiefs and Firefighters from Stations 3, 4, 15, 18, and 24 took part in a multi-company drill alongside ambulance personnel from AMR and Metro West. Dr. Jui, Portland Fire & Rescue's EMS medical direction as well as the Multnomah County Medical Director, was on hand to provide direction and support as well. 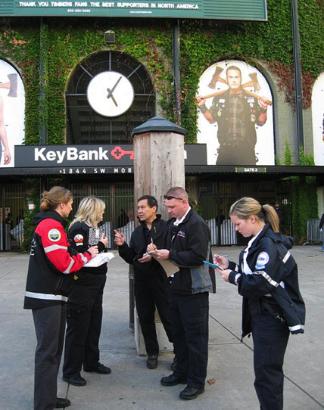 The drill, conducted at Jeld-Wen Field, simulated a joined response to a Multiple Casualty Incident (MCI) involving a small plane crashing into the stadium during a soccer game.  An MCI is defined as any incident in which emergency medical services resources, such as personnel and equipment, are overwhelmed by the number and severity of casualties.  Events such as the Oklahoma City bombing in 1995 and the September 11 attacks in 2001 are well publicized examples of mass casualty incidents. 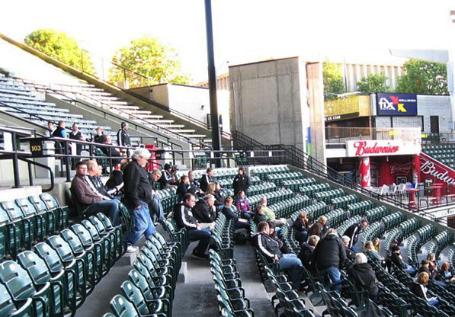 During the exercise, firefighters worked together to focus on triaging and performing initial rescue related operations, including fire suppression and providing medical care. Ambulance responders were responsible for coordinating how potential victims could be transported to hospitals for additional care. 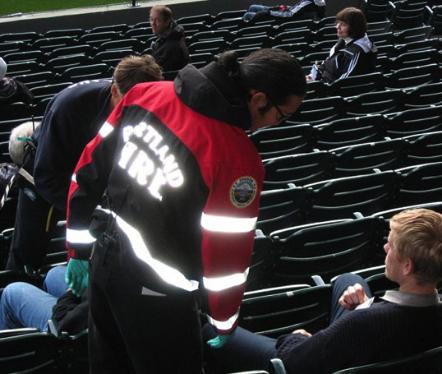