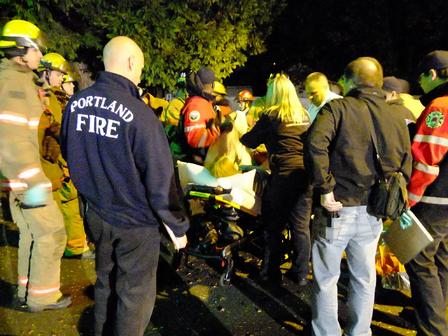 At 8:25 pm approximately 15 people were congregating inside the Northeast Baptist Church located at 6701 NE Prescott. Because of the cold weather, the church's furnace was turned on for the first time this season. Shortly thereafter people began experiencing symptoms of nausea, dizziness, redness of the skin, and fainting. Everyone evacuated the building and called 9-1-1.

Upon arrival, Portland firefighter/paramedics began treating patients and preparing them for transport. A total of nine individuals were transported to area hospitals and two more were treated at the scene.

Upon investigation of the source of the problem, specially trained HazMat firefighters determined that exceptionally high levels of carbon monoxide were coming from the area of the church's furnace. 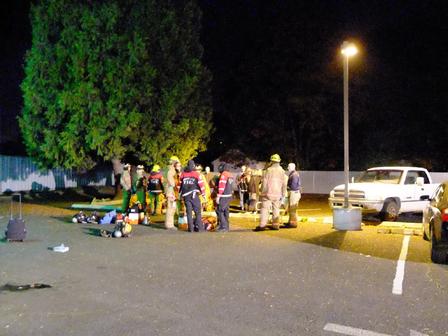 Because carbon monoxide is odorless, colorless, and otherwise undetectable to the human senses, people may not know that they are being exposed. It is important to have home/building heating equipment serviced regularly, particularly prior to turning it on for the upcoming cold weather season. Portland Fire also urges citizens to install a carbon monoxide alarm on each level of their home or business.