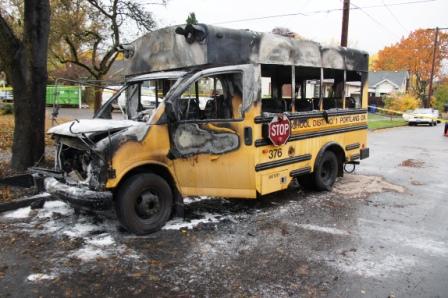 At approximately 8:00 am, school bus driver Kay Brown was driving her normal route to drop off six students at Llewellyn Elementary School located at 6301 SE 14th Ave. On the way, Brown detected an odor of smoke coming from the engine compartment of the bus. 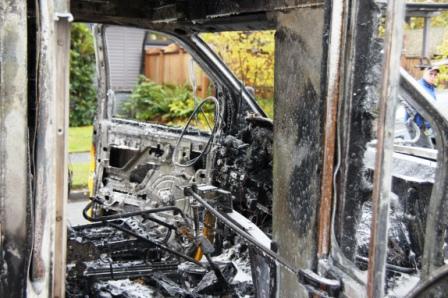 Concerned for the safety of her students, she immediately pulled the school bus over near the vicinity of SE 18th & SE Claybourne and began evacuating all six students and their backpacks. She safely escorted the students off the bus, called 9-1-1, and waited with them a block away from the smoking bus for firefighters to arrive. 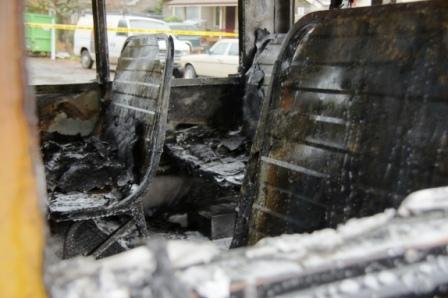 Shortly after evacuating, the bus erupted in flames. When firefighters from Portland Fire (Woodstock) Station 25 arrived, they found that the school bus was fully involved in flames. They quickly put out the fire and checked to make sure the driver and students were safe.

It is unknown at this time what caused the fire and a Fire Investigator is currently on scene. Portland Fire & Rescue wishes to commend school bus driver Kay Brown for her quick actions in protecting the safety of the students entrusted to her care.