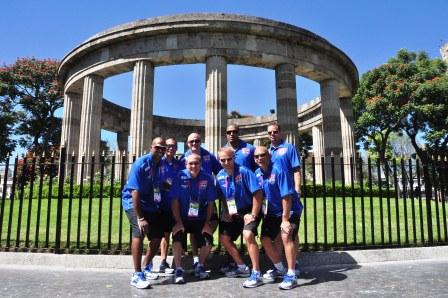 Eight firefighters from Portland Fire & Rescue (PF&R) and the surrounding communities spent two weeks in Mexico assisting the Guadalajara Fire Department in October 2011. Guadalajara had been selected to host the Pan American Games from October 15th through the 30th.  The Pan American Games are the second largest multi-sport event after the Summer Olympics. The competition is held between athletes from nations of the Americas, held every four years in the year before the Summer Olympic Games.  The Pan American games consist of 36 sports, 40 disciplines and nearly 400 events.  Over 6,000 athletes representing 42 countries from the Americas participate. Of those countries, 38 speak only Spanish.  Over a million spectators were expected to view the games and support the teams.  Nine different sports venues were built just for the games. 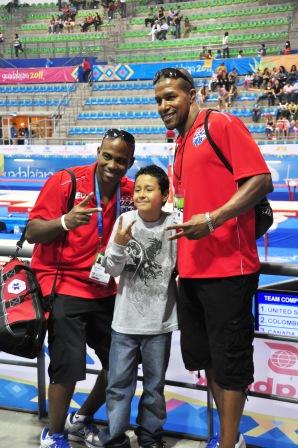 While on a Bombero training trip, Guadalajara had expressed concern that they had no Emergency Medical Technicians (EMT’s) or paramedics who could speak English.  Obviously, knowing a patient’s prior medical history, medications and allergies are critical information to have.  PF&R offered to send a team of eight EMT’s and paramedics to assist their sister city during the games. 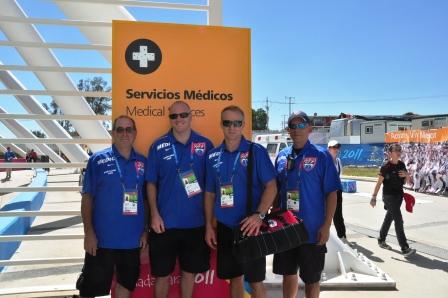 In addition to PF&R personnel, the Hillsboro Fire Department sent two bilingual members and Thurston County Washington sent down one as well.  The games presented a unique challenge in that we had to allocate our resources to the venues where the highest concentration of English-speaking spectators would be.  As the games are played in an elimination fashion, the next day’s schedule was never available until the night before, as who advanced to the next round had to be determined. 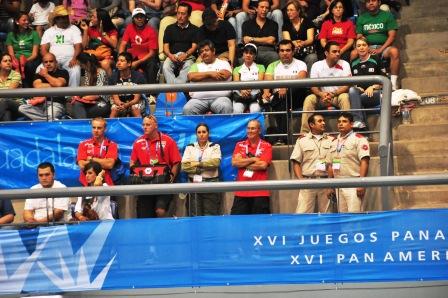 Retired Portland Fire & Rescue Fire Chief David Sprando was one of the volunteers who went down on this trip.  Chief Sprando has retained his EMT certification, though he has retired from PF&R.  “It was a great opportunity to further our relationship with Guadalajara,” said Sprando.  In addition to Sprando, Fire Inspector Specialist Jeff Herman, Fire Inspector Ron Rouse, and Firefighter Jerome Perryman accompanied Fire Lieutenant Joseph Troncoso representing PF&R.  PF&R has been working with Guadalajara for 12 years, providing training and equipment to our sister city.  Thomas Sexton, from Thurston County Fire District One also came along on the trip, as did Hillsboro Fire Department Firefighters Jim Lashbaugh and Luis Mota.  On a side note, Lashbaugh spent some time as a Fire Science student at Station 22 with Sprando, when he was the captain of that station 20 years ago. Guadalajara provided lodging for the team members, and each member paid for their own airfare.  Nike generously provided the uniforms for the team members. 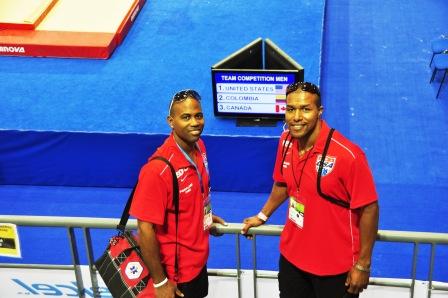 This mission actually began two years ago, when Guadalajara expressed their concerns over the potential for English-language patients.  Last December, Troncoso toured all the venues with the Pan Am Security committee, as well as spent a day with the Jalisco (the state where Guadalajara is situated) Medical Services Director, Yanick Nordin.  Nordin was very grateful to have us assisting with EMS as it was an obvious need. Once in Guadalajara, we were taken to get our credentials from the Federales…the Federal Law Enforcement Agency of Mexico.  The team was given the highest security clearance and access allowed, giving us access to all venues, all operations centers, and the Pan American Village.  The village was a secure compound with shops, restaurants and lodging provided.  Each country’s athletes placed their flag on the balcony and you could see each section throughout the village.  With the current travel advisory regarding safety in Mexico, the US athletes weren’t allowed (by direction of the US delegation) outside of the village except directly to and from a venue to compete.  There were no security problems we observed, and we felt quite safe with the 12,000 extra federal law enforcement officers that had been sent to the games. 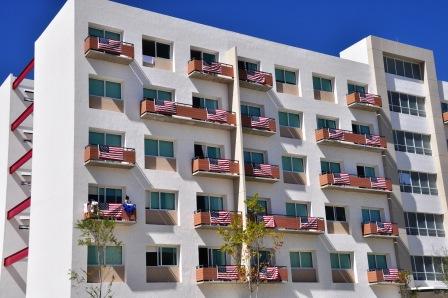 The games themselves were phenomenal.  The venues that had been built were world-class and provided a picturesque backdrop to the competitions that were held.  The Pan Am games are a qualifier for the Olympics next year, so competition means more than just a medal for the athletes.  All the events in the Summer Olympics are held at the Pan Am.  The United States was awarded the most medals, followed by Brazil, Cuba, Mexico and Canada.  The sportsmanship spirit was evident at the competitions, and it was a privilege to get to see some of the worlds best athletes compete.  Sports we were able to cover included:  Gymnastics, Swimming, Diving, Tennis, Softball, Basketball, Volleyball, Field Hockey, Track & Field and Soccer. 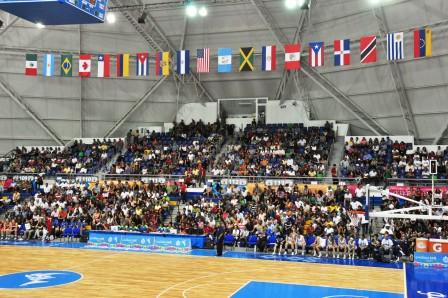 While we were fortunate to have averted serious medical incidents, team members did field numerous medical calls during the games.  At one point after a competitor was seriously injured on the uneven bars during gymnastics, all of the medical staff left the arena en-route to the hospital, leaving our team the only EMS provider onsite.  Our team members worked in pairs at the various sports complexes, teamed up with Guadalajara Fire members and various other medical service providers. 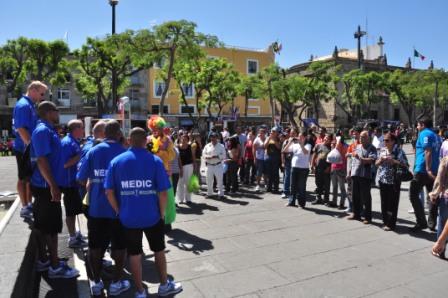 All of the team members indicated that they truly enjoyed the unique opportunity presented by this trip.  Herman noted, “The people of Guadalajara were very warm and friendly and I’d jump at the opportunity to go again.  I saw the how the Bombero Program has improved the conditions at Guadalajara Fire.  The first thing I noticed were our airpacks that we’d sent down and other equipment from Portland Fire being put to good use.”

Given so much info in it, These type of articles keeps the users interest in the website, and keep on sharing more
http://straight2voicemail.com.au