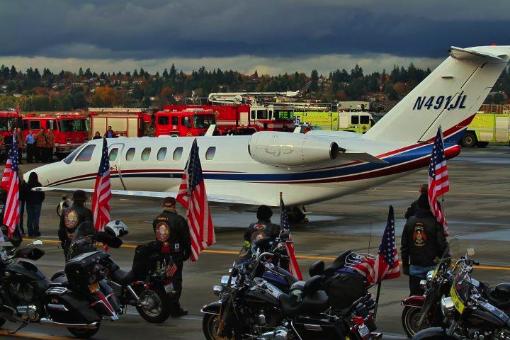 Private First Class Cory Doane, a Vancouver soldier who lost his leg in an IED blast in Afghanistan, was flown home by Veterans Airlift Command for a Thanksgiving week visit for the first time since he deployed last spring. 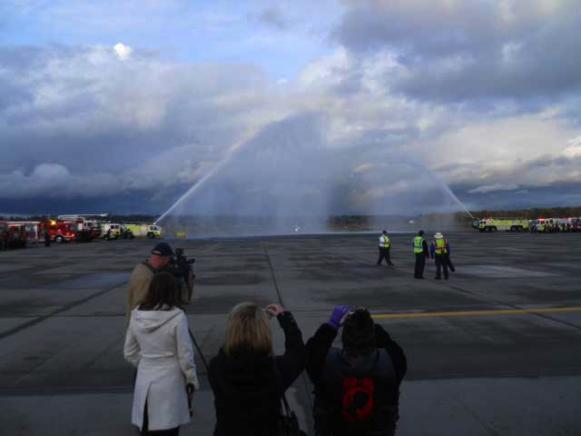 His flight landed at the Portland International Airport just before 4:00 pm on November 18th, and he was greeted by arching columns of water sprayed by the Port of Portland Fire Department tanker trucks. 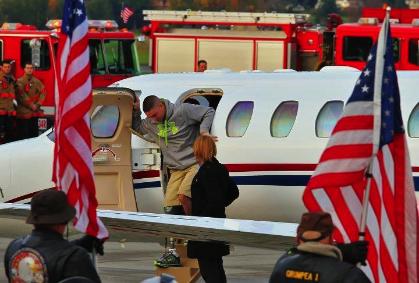 His family, friends, Port of Portland and Portland Fire & Rescue (PF&R) firefighters, Portland Police officers and the Patriot Guard welcomed him at the airport with smiles, waves, and yells of encouragement. 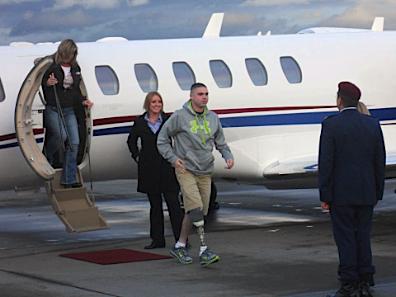 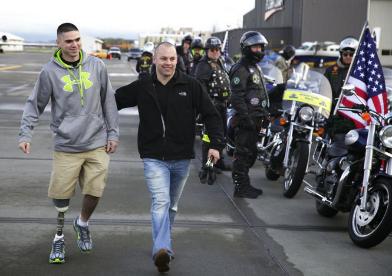 After greeting his family and meeting his niece for the first time, Doane was given a hero's escort to his Vancouver, Washington home by Portland Fire engines and an Honor Guard motorcade. Flags, community members and veterans lined the neighborhood street as he arrived in Vancouver.  Doane addressed the crowd, saying “"I wasn't expecting this. Thank you very much. I see a lot of vets. No one can thank you enough for what you guys have done, past wars and present wars." 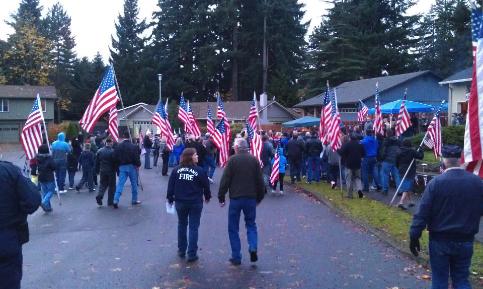 Cory Doane is a 2009 graduate of Vancouver's Mountain View High School. Doane enlisted with the US Army in March 2010 and deployed to Afghanistan on April 1, 2011. In July 2011, Doane was on foot patrol in Afghanistan's Kandahar Province in July 2011 when a hidden bomb blew up beneath him. Cory spent several days in Afghanistan before he was stabilized sufficiently to be flown to Germany and then onto the United States with 10 pounds of shrapnel in his body.  He has undergone over 16 surgeries, and has lost his lower right leg.  He now has a prosthetic leg and has begun taking his first steps without a cane. 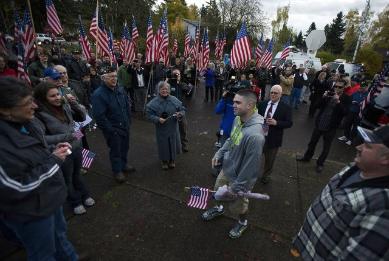 Cory noted that he is looking forward to home-cooked meals and spending time with his family. And he asks those around him to keep those still deployed in their thoughts. "A lot of my buddies are still over there in Afghanistan,” he says. “So if you could, have them in your prayers."