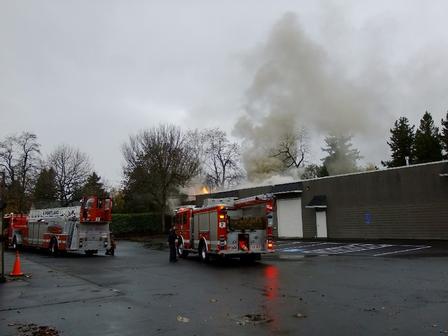 At 3:19 pm, Portland firefighters responded to a commercial fire at 14439 SE Stark Street. Multiple 911 callers reported seeing flames shooting from the roof of the structure at that location.  The business was reportedly used as a woodworking shop. 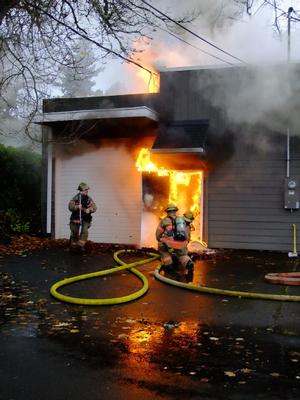 Firefighters were able to knock down the main body of the fire from the exterior as the roof continued to fail in at least one-third of the building.  At 3:38 pm, fire erupted through another portion of the roof, and truck crews worked quickly to vent holes and look for fire extensions, while engine crews used hand lines to fight the fire.

Less than a minute later, it was determined that the roof was structurally failing and only the roof's membrane (rubber sheeting) was holding it up.  The fire was brought under control at 4:20 pm.

"After the smoke began to clear, firefighters were surprised to find the remains of a very large and sophisticated marijuana grow operation," said Portland Fire and Rescue Public Information Officer Paul Corah.  "The grow operation covered much of the 5,000 square foot warehouse." 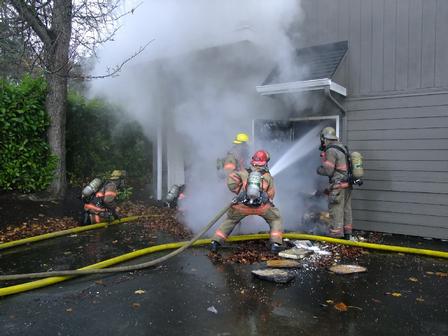 Portland Police and ATF were called to the scene and the fire has been deemed suspicious in nature.  The structure is being treated as a crime scene.  Information on the fire's cause and a damage estimate is not available at this time.