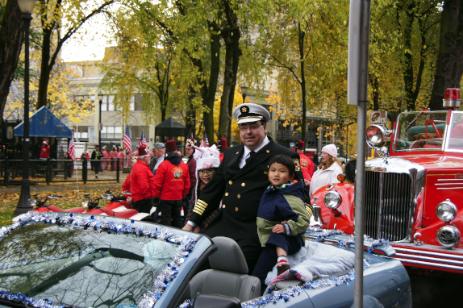 On November 25th, Portland Fire & Rescue Fire Chief John Klum, along with his kids, helped to kick off the holidays at the 2011 Macy’s Holiday Parade the day after Thanksgiving. The parade - which is a family tradition for many - featured 24 inflatable floats, local school and community marching bands, drill teams, equestrian units and over 450 costumed characters.  This year's parade introduced a new inflatable Matryoshka (Russian Nesting Dolls) float.
In addition, the parade featured new costumes from the Macy’s Thanksgiving Day Parade in New York!  And of course, straight from the North Pole in his sleigh, Santa Claus spread joy and cheer to the crowds as the parade wound its way through the streets of Downtown Portland starting at NW Park and Davis Streets. 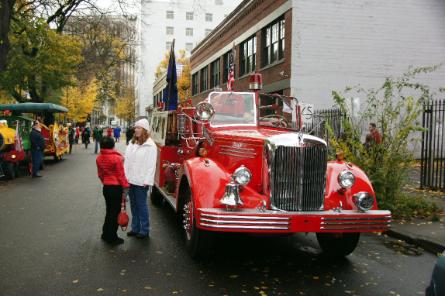