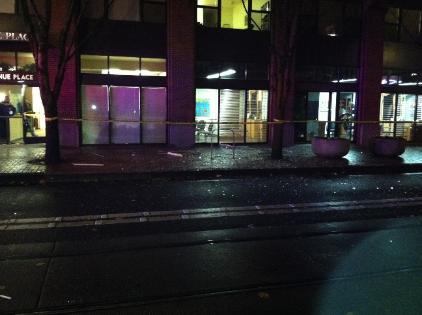 Portland Fire Investigators have determined the cause of a reported explosion that resulted in $15,000 damage to a downtown apartment at 314 NW 5th Avenue on November 27th.  The occupant was preparing to cook tofu for dinner when grease in a pan overheated and ignited. 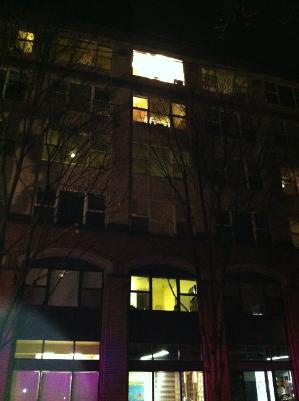 In attempts to extinguish the fire, the burning pan of grease was placed in a nearby sink where it made contact with water causing a sudden and extreme flare-up of flaming oil and massive steam production. The resulting high-pressure gases caused an over-pressurization of the studio apartment, pushing out the windows and activating a nearby sprinkler head by means of pressure.  The occupant sustained fire related injuries from the incident.

Fire Investigators say that although this is a rare event, similar incidents have been observed in other cities.

Portland Fire reminds citizens to exercise caution when cooking and if you overheat a pan or a cooking fire does happen,

Portland Fire and Rescue responded to a reported explosion at 314 NW 5th Avenue at 8:10 p.m. Engine 1 (Old Town) arrived at 8:14 p.m. to find glass and window frame material thrown across the street and sidewalk. The heat from the explosion activated one sprinkler head inside the apartment. Engine 1 called for assistance from Truck 1 to help shutting down the sprinkler system and protecting the resident's valuables from water damage. The one female adult occupant, who was in the apartment at the time of the explosion, suffered slight burns to her hand.  She was not transported to a hospital.  The apartment is uninhabitable at this time and the American Red Cross was contacted to assist the apartment residents with a place to stay.

The cause of the explosion is undetermined at this time.  The damage to the apartment building is approximately $15,000.00.