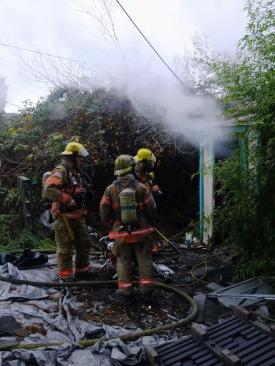 At 3:00 pm, Portland Fire & Rescue responded to reports of smoke and flames coming from a home located at 11207 SE Powell Blvd. Upon arrival, firefighters from Portland Fire (Lents) Station 11 encountered heavy fire coming from the back of the house. Neighbors reported to firefighters that the house had been abandoned for some time. 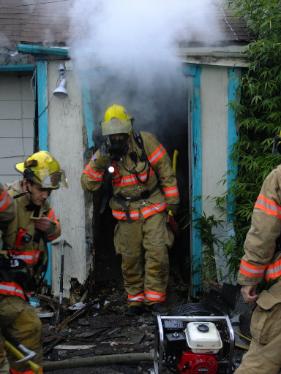 After an initial interior attack by firefighters, it was determined that building structure was compromised. Firefighters were ordered by the Incident Commander to withdraw from the house and extinguish the fire from a defensive position for their safety. 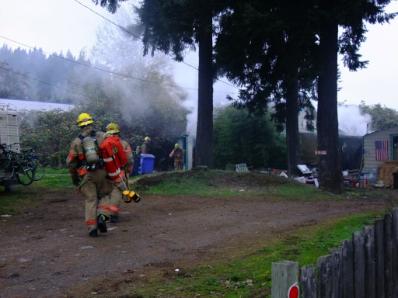 Firefighters determined that no one was inside the home at the time of the fire. Fire Investigators remain on scene working to determine the cause of this fire. Damage to the house is estimated at $12,000.