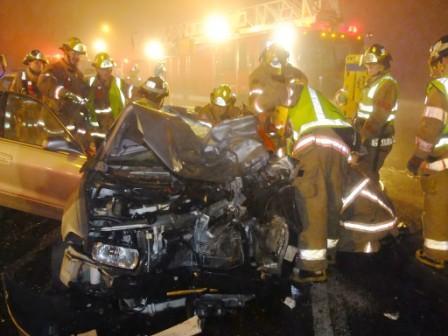 At 6:00 am, Portland Fire & Rescue (PF&R) firefighters were dispatched to the scene of a multiple vehicle crash at 82nd and NE Killingsworth. First arriving crews from PF&R's Sandy Boulevard Fire Station 12 found three cars that had collided with two people pinned within the cars. 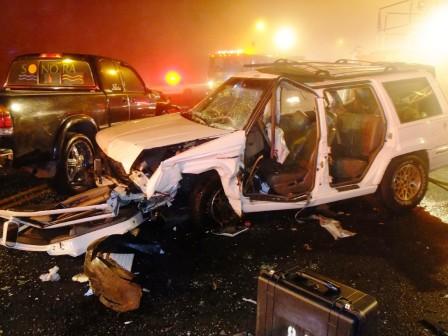 Because the crash involved multiple vehicles and trapped patients, fire trucks from North andNE Portlandwere called to bring specialized equipment to the scene. Firefighters worked together to carefully extricate the drivers of two of the vehicles while administering life support medical care.  The driver of the smaller sedan had been pushed into the dashboard during the crash. Fire crews used hydraulic spreaders, rams and cutters to tear the car out from around the driver. 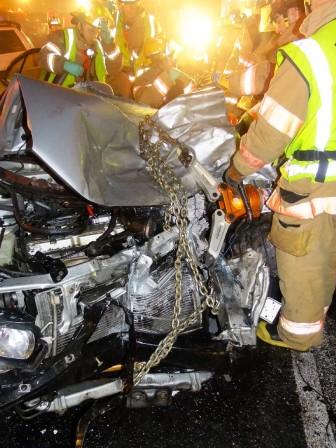 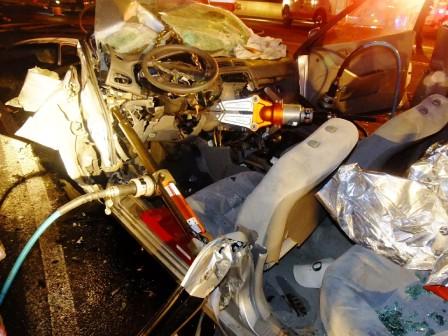 The third driver involved in the crash was treated at the scene and released. Portland Police are currently investigating the crash.