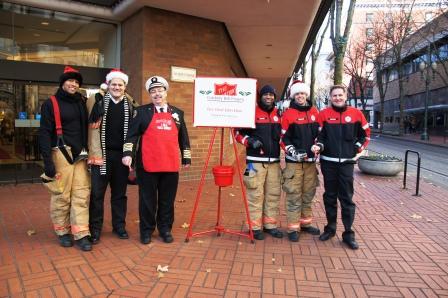 The head honchos of the City of Portland’s Fire and Police Bureaus showed their support this afternoon for The Salvation Army in a Celebrity Bell Ringing Challenge! 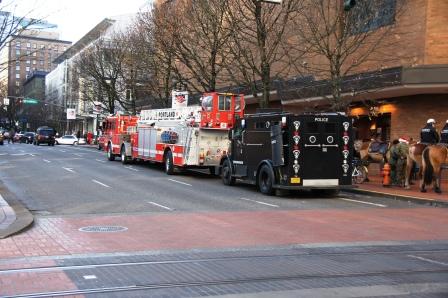 Fire Chief John Klum and Police Chief Mike Reese rang bells in front of the downtown Nordstrom store to see who could fill their kettle with more money. 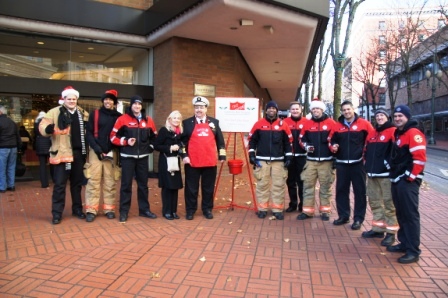 Fire Chief Klum was on a holiday mission.  Not only did he proudly raise $1,312.47 in just two-hours, but he shook hands and chatted with citizens out and about in downtown Portland. Firefighters from Station 1, 3, and 4 and the Fire Marshal's Office, civilian staff from PF&R's Administrative Headquarters, and employees from the Portland Bureau of Emergency Communications even stopped by to stand next to their Chief, ring the bells, make a donation, and show their support for The Salvation Army’s Red Kettle Campaign.

Congratulations goes out to Police Chief Mike Reese and all other participants in Celebrity Bell Ringing Challenge.

Portland Fire & Rescue sends out a huge thank you all of the citizens and friends that stopped by the downtown Nordstrom store to drop a few coins or dollars into the kettle!