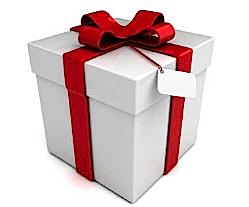 Most people spend the winter holidays with their friends and family. But for those in the business of keeping people safe like police and firefighters, many times their careers require them to be at work and on duty during the holidays.

Most firefighters are used to working holidays.  Several firefighters at Portland Fire & Rescue that don’t have young children work for those firefighters who do, offering them time with their family to build memories and be there to take part in holiday traditions.

Christmas is just like the other 364 days of the year in terms of providing service to the community.  Firefighters were ready to respond to any emergency call that came in, including public assists, medical issues, assaults, commercial, residential and vehicle fires, and traffic crashes. 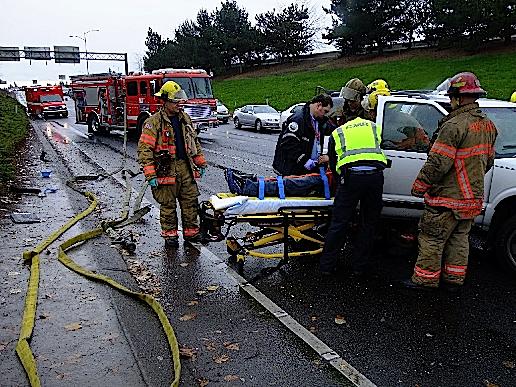 One of those emergency calls was for a traffic crash on the Powell Blvd exit off the Northbound I-205 freeway. The engine and truck from Portland Fire Station 7 (Mill Park) were dispatched, alongside crews from Station 11 (Lents), Station 19 (Mt.Tabor) and Station 25 (Woodstock).  This large response of fire personnel was because the crash occurred at a freeway exit, was surrounded by fast moving traffic, and units had limited access to the scene. 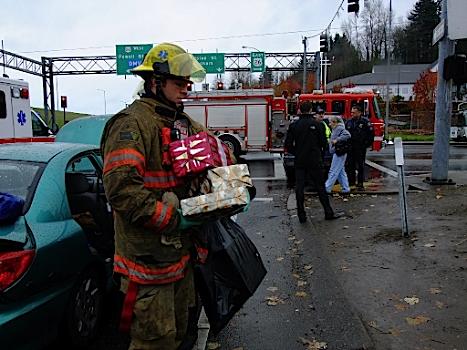 Firefighters provided medical assistance to all citizens involved in the four-car crash. They also helped collect Christmas presents in the back of the vehicles, and hand them over to relatives to ensure Christmas was not ruined.

Firefighters throughout the city were busy the entire day, responding to close to 200 calls for service, but tried to hold a holiday dinner at most fire stations. Between calls, firefighters roasted ham and turkey, and invited family to come by with side dishes. But, more often than not, as they sat down for dinner, a call came in, leaving the firefighters to respond to the incident and the food to cool.

You made several nice points there. I did a search on the topic and found nearly all persons will have the same opinion with your blog.
http://straight2voicemail.com.au