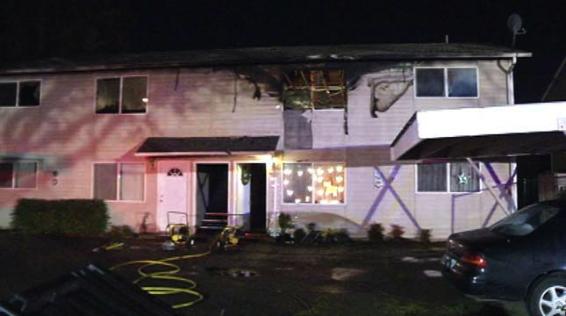 Photo of the Apartment after the fire was extinguished, courtesy of FOX 12 News

On Friday, December 16, 2011, firefighters in Salem responded to a 3-alarm fire in a four-apartment building. Upon arrival, Salem firefighters observed flames shooting from upstairs units and an adult trying to escape from an upstairs window. Firefighters found four unconscious people in one of the top story units; a 6-year-old girl, a 10-year-old girl and their parents. They were taken to a local area hospital and then later transported to Legacy Emanuel Hospital in Portland. 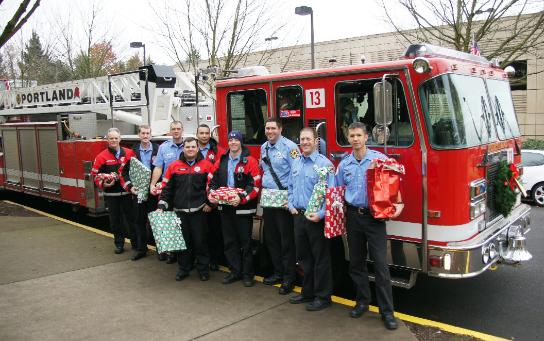 When Portland Fire Station 13 (Lloyd District) Captain Rob Hutchens heard that the two young girls would most likely spend their Christmas in Legacy Emanuel’s Pediatric Intensive Care (PIC) Unit, he rallied the firefighters at his station into action.

Firefighters traveled to Toy N Joy where they shopped for and wrapped presents for each girl, carefully choosing wrapping paper that would distinguish the presents between the two kids. After contacting and gaining approval from the children’s grandmother, Captain Hutchens and firefighters on the truck and engine crew traveled to Legacy Emanuel with toys in hand. 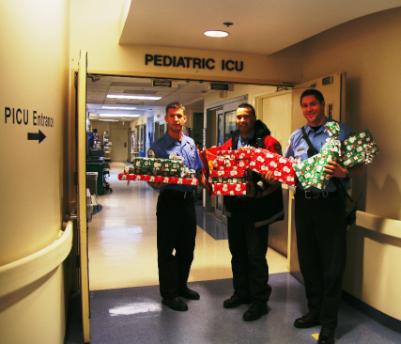 Station 13’s truck and engine crew were pleasantly surprised to learn that one of the child they expected to find had been sent home.  The other was still being treated.  Firefighters left the presents for both children with the PIC Unit nurses just as they were dispatched out to respond to an emergency call.