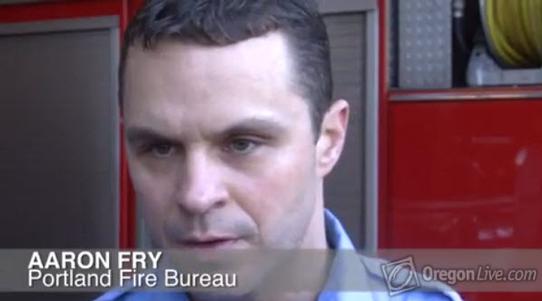 Click on the photo above to watch a video courtesy of OregonLive.com

At 6:39 this morning, Firefighters from two Portland Stations: Station 1 (Old town) and Station 13 (Lloyd District) responded to reports of a man pinned beneath a vehicle at the intersection of NE Martin Luther King Jr. Blvd, and NE Grand. 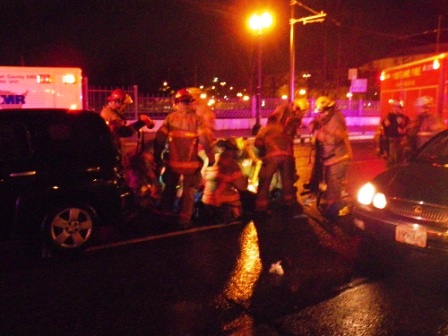 Incidents of this type are dispatched as "Pin-In" accidents; these incidents draw additional resources, as entrapped victims may require technical extrication. 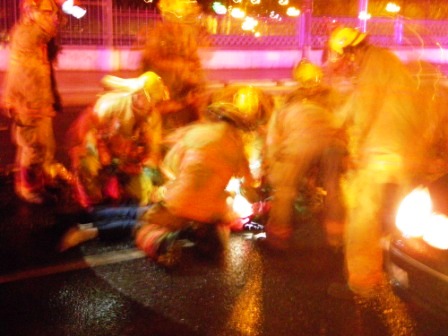 According to witnesses the patient was first struck by a different vehicle and was lying in the road when another vehicle, a PT cruiser, was unable to stop and struck the man—pinning him face down between the Cruiser and the road. 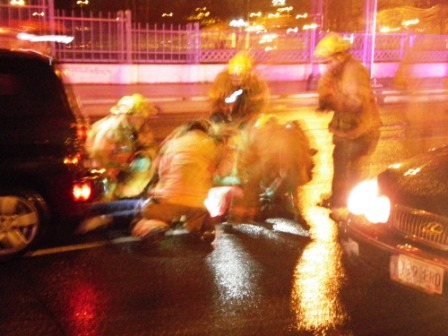 Multiple calls were received with each caller providing a different address. This often occurs when accidents occur between intersections. The more accurate the location provided, the more efficiently responding vehicles can determine routes and reach the location. When crews first arrived at the address, nothing was located; with multiple calls received, the four responding apparatus began searching the area. Squad 1, a Heavy Rescue, arrived on scene first and correctly identified the address as MLK at the Interstate 84 overpass; Truck 13, Engine 13 and Engine 1 all arrived within the minute. A paramedic from Squad 1 made contact with the trapped man and determined his condition to be life threatening. 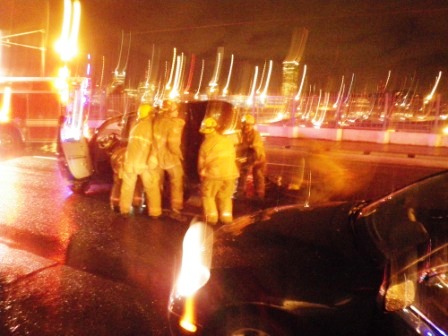 On most "Pin-In" accidents, engine companies pull protection lines for the safety of the victim and first responders—due to the critical condition of the patient, firefighters opted to forgo standard procedure and worked together to lift the 3200 lb. vehicle off of the patient. "We were putting a plan together and realized how many of us were there—we had two firefighters with the patient to help pull him out from beneath the car—and then eight of us lifted the car off of him—it wasn’t pretty but it worked," said Firefighter Mick Held, a 16-year veteran of the Fire Bureau. "We pulled the man out onto a backboard and transferred him to an ambulance." The patient was entered into the State Trauma System and transported to Emanuel Hospital with life-threatening injuries.