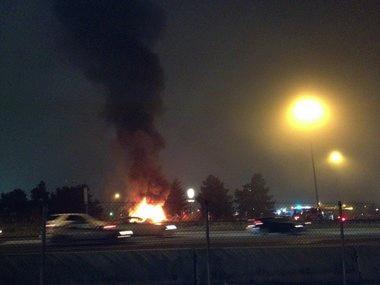 Portland firefighters responded to a car fire on Interstate 5 near Jantzen Beach on January 6, 2012. The car burst into flames about 6:45 a.m. The driver, who was traveling north, was able to pull over to the shoulder near the Jantzen Beach exit just south of the Interstate Bridge and flee to safety. Two engines arrived at the scene and put the blaze out.

Vehicle fires are more common than you might think. The National Fire Protection Agency reports that there are roughly 300,000 vehicles per year, resulting in around $1.3 billion in property damages. Review the below helpful tips on car fire safety so that you know to act if you are ever put in this life-threatening situation: