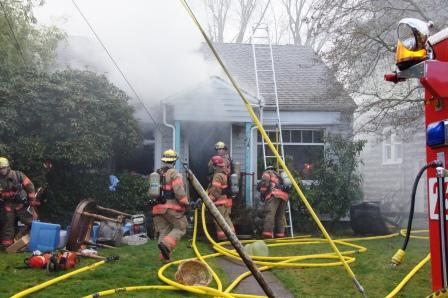 At 9:29 am, Portland firefighters were dispatched to reports of heavy gray smoke billowing from the roof of a residence located at7038 N. Vincent Ave.  Firefighters from Portland Fire Station 26 (Portsmouth/University Park) arrived first on scene in just four minutes.  A ladder truck from North Portland and three fire engines also responded. 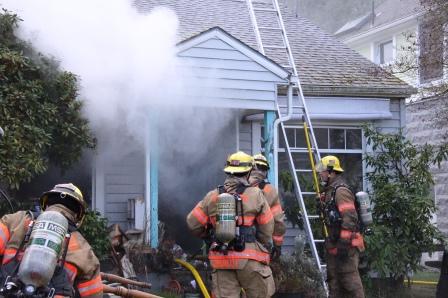 Firefighters attacked the fire from the front and back of the home.  In the course of battling this blaze, firefighters determined that the fire had spread from the basement to the first floor, compromising the floor’s structural integrity.  Firefighters were warned that a 4’ x 6’ portion of the first floor was burned through and the entire floor was soft. 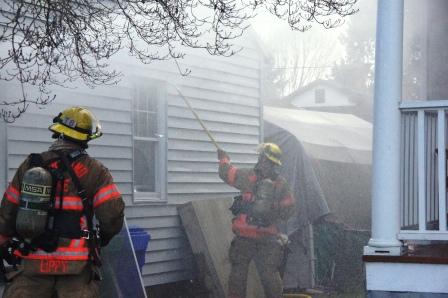 "A soft floor indicates possible fire damage from below and a possibility of collapse.  When firefighters find a soft floor, they are trained to back out and determine if the floor is safe before proceeding," said John Nohr Portland Fire Emergency Operations Division Chief. 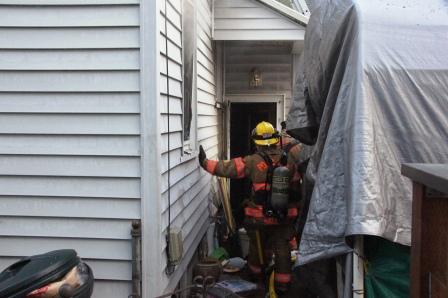 The amount of contents in the home hampered firefighters’ efforts to contain the blaze.  Truck crews used specialized cutting equipment to cut bars off windows, enabling firefighters to ventilate smoke from the structure.  A search of the structure determined that all occupants escaped the fire safely.

The fire was brought under control at 10:20 am.  Due to the amount of contents in the home, firefighters will remain on scene for some time to ensure that all hot spots are extinguished.  Portland Police Bureau was called to assist firefighters by removing weapons from the home.

The Red Cross has been called to help four adults and four children find alternate housing.  Fire investigators are on scene working to determine the fire’s cause.  Damage is estimated at $50,000.