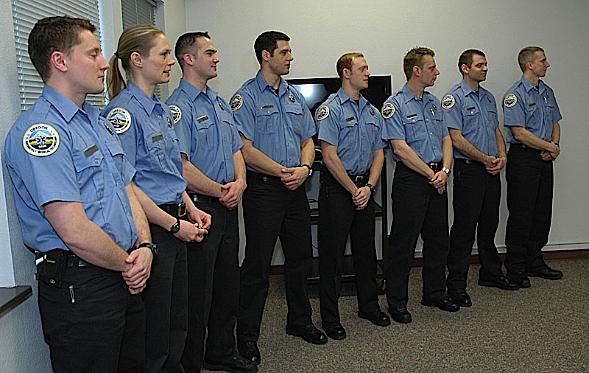 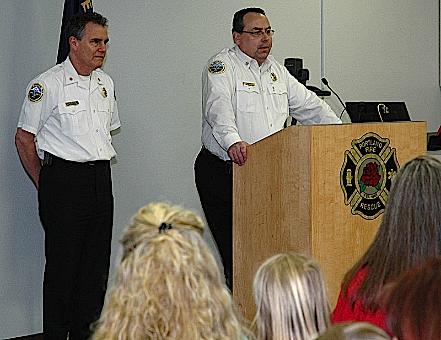 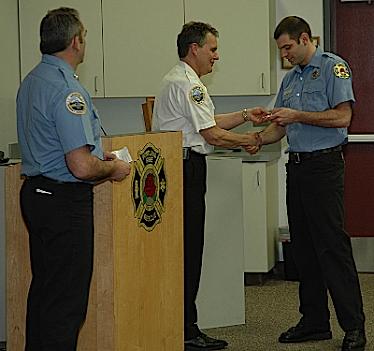 In addition to receiving their badges, the graduating class received their own turnouts and traded in their black helmets (worn by trainees) for yellow helmets (worn by firefighters). Fire Chief John Klum, Training, Safety & EMS Division Chief Glen Eisner, and Training Captain Joe Budge delivered the commencement address, acknowledging the fact that passing PF&R’s Training Academy is difficult for both firefighters and their families.  As such, both thanked the graduates for their dedication and commitment, and their family members who supported them throughout the past year. 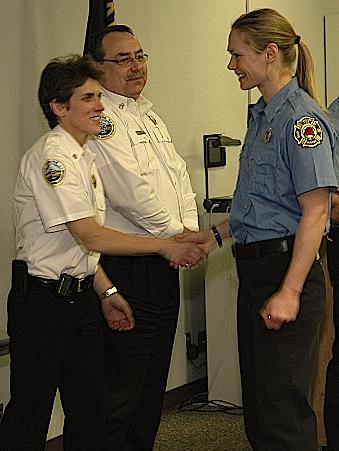 The ceremony was followed by cake and photos.

I met rob during our training on saturday and the knowledge that they have is very impressive. I hope they all do well and enjoy the fire career.