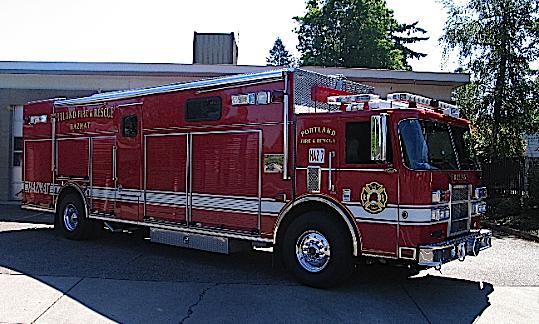 HAZMAT 7 and Recon 7 apparatus are housed at Station 7. HAZMAT 7 is a dedicated response vehicle set up with several specialty systems to monitor and mitigate hazardous materials accidents. Recon 7 is set up to transport personnel, and carries bulky materials such as absorbents and over pack drums.

Held February 22nd through the 24th in Sunriver,Oregon, the conference brought together members of HAZMAT Teams from across the state to network, participate in training classes, and learn about the latest in technology for HAZMAT response teams.

Firefighters at Portland Fire & Rescue’s (PF&R) Station 7 (Mill Park) are members of the “State Hazardous Materials Response Team 7”.  There are 13 response teams strategically located in Oregon that provide response to hazardous materials incidents. The firefighters have received specialized training in the prevention and mitigation of incidents involving hazardous materials and provide this service in addition to their usual firefighting duties. Learn more about the State HAZMAT teams here. 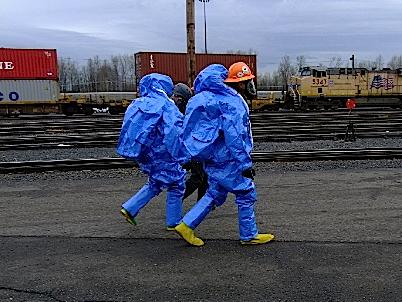 This was the first year HAZMAT Team 7 entered the Level A Olympics and won. The Level A Olympics is a two-person team competing in events in Level A suits. HAZMAT Team 7’s team name was “The Smurfs” with and included Firefighter Isaac Mclennan and Lieutenant Shon Christensen. There were five events that had to be completed in a minute or less. 12 teams from all over the State competed with Isaac and Shon who finished with the highest score of 40 points.

HAZMAT Team 7 was also awarded “HAZMAT Call of the Year” for the Precision Cast Parts incident. The call of the year award was selected by the State Fire Marshall’s Office staff.

Your work is great and I value you and bouncing for some more educational posts. Much obliged to you for sharing incredible data to us.
http://straight2voicemail.com.au

Thanks alot for sharing a master piece advice
keep us updated like this
http://americanmdcenter.com/veneers