The fire cause is still under investigation but it was discovered that the explosion was caused by aerosol cans.

Station 31 is part of a joint staffing agreement between PF&R and Gresham Fire & Emergency Services. PF&R staffs Station 31 on A and C shifts, and Gresham staffs it on B shift. Both departments staff Engine 31 with four members. From July 1st, 2010 through June 30th, 2011 Station 31 responded on 3,388 emergency runs. 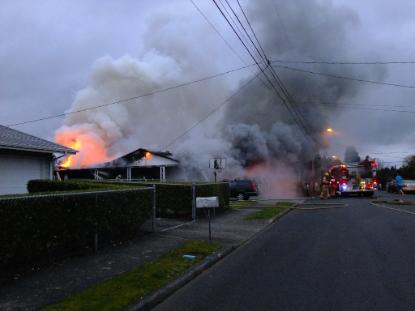 At 6:30 am this morning Portland Fire & Rescue responded to a residential fire at 2111 SE 154th Ave. Multiple calls were received stating that an explosion was heard and fire was coming from the house. Responding fire crews could see a large column of smoke from a few blocks away indicating there was a working fire. The crew from Portland Fire Station 31 (Rockwood) arrived at 6:36 am, pulled hose lines and began aggressively attacking the large amount of fire coming from all sides of the house. The truck crew from Portland Fire Station 7 (Mill Park) climbed to the roof of the home and used ventilation saws to assist in removing smoke, heat and fire gasses from the building. Fire crews also performed a search to assure there were no victims inside. The fire was brought under control at 7:26 am. 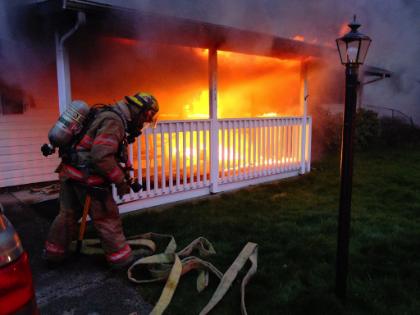 There were two occupants from the home who safely escaped and were outside when fire crews arrived. One of the occupants is an elderly women who is uninjured but was transported to the hospital because she is without her supplemental oxygen. Red Cross is on scene helping the occupants find alternate housing for the time being. 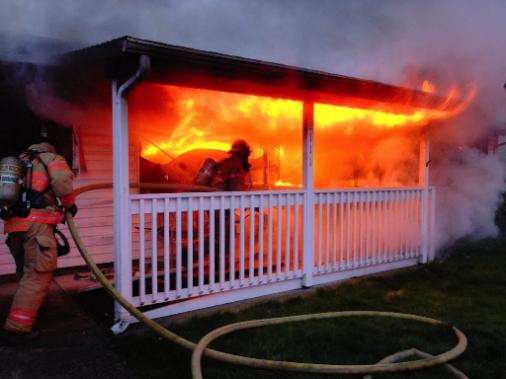 Portland Fire & Rescue wants to encourage its citizens to know your neighbors. In case of fire, It is important for fire crews to know if occupants are elderly or handicapped and may be immobile. When fires are reported by neighbors, providing information on the occupant can greatly assist in saving their life.

A Portland Fire Investigator is on scene working to determine the cause of the fire and damage estimates. This information will be given as it becomes available.

Portland firefighters are on scene attacking a fire in a residence at 2111 SE 154th Ave. Initial calls to 9-1-1 reported heavy fire coming from the rear of the home and callers stated that they heard multiple explosions inside. A Public Information Officer is en route and will be on scene within 10 minutes. Updates will be made as they become available.