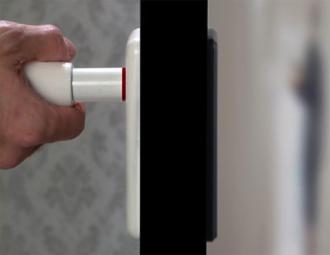 March 19, 2012 -- Standard fire response procedures are very clear about not opening a door if you suspect there is fire behind it. This is due to the fact that opening the door will not only feed additional oxygen to the fire source, often causing the flames to expand rapidly, but it can also open up an additional pathway for the fire to spread throughout the rest of the building. So with that in mind, what about closing an open door that leads to a room containing a fire?

"I have repeatedly seen fires where the damage could have been significantly reduced if occupants had simply closed the door on the fire," reports a Portland Fire & Rescue Investigator. "Occupants often find a fire and leave the door to the fire room open and then leave the door to the home open. This results in rapid fire extension from the room of fire origin to areas throughout the house. In some cases, doors being left open on opposite sides of the building has resulted in wind-driven effects, which have caused extremely rapid fire development and burn injuries to other occupants trying to escape."

Remember....While the two most important things to remember in the event of a fire are to get out of the building and call 9-1-1, fire investigators point out that simply closing doors behind you on your way out of the building can not only limit the structural damage caused by a fire, but it can also potentially save lives.