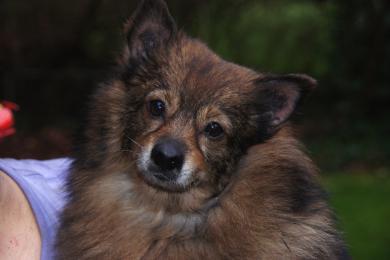 At 7:21 am, Portland firefighters were dispatched to reports of a house on fire with lots of heavy, black smoke at 13434 SE Harold St.  Neighbors reported that smoke was pouring out the front of the home and that there was a blind man possibly trapped inside. 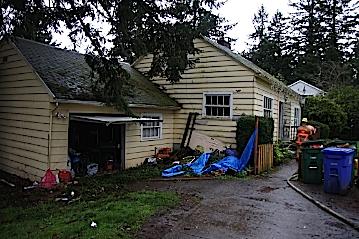 Firefighters from Portland Fire Station 29 (Powellhurst) arrived first onscene in just three minutes.  They began a search and rescue operation for the man, while other arriving fire companies prepared to attack the blaze.  Two minutes after they arrived, firefighters located the man inside and brought him out of the burning, smoke-filled house. 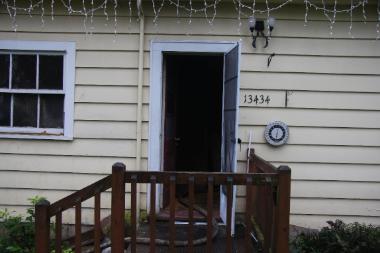 The quick response enabled firefighters to dispatch, arrive onscene, and rescue the individual in five minutes.  Firefighters knocked down the main body of fire and Incident Commanders deemed the fire to be under control at 7:40 am.

Sandra Jones, who lives upstairs, reported that she was asleep at the time of the fire.  Her Pomeranian, Sugar Bear, began barking loudly and woke her up to the smell of smoke.  A short time later she heard the home's smoke alarms go off and evacuated.

"Working smoke alarms, an astute Pomeranian, and a quick response by firefighters all came together, resulting in a positive outcome for the individuals impacted by this morning's fire," said Portland Fire & Rescue Public Information Officer Paul Corah.

The 49-year-old man was transported to the Legacy Emanuel Burn Center with non-life threatening burns and smoke inhalation.  Fire investigators have determined that a smoker's carelessness caused the fire, which resulted in approximately $25,000 damage to the home.

According to the Oregon State Fire Marshal, one out of every six home fire injuries in Oregon is sustained in fires started by cigarettes.  Portland Fire & Rescue urges citizens to ensure smoking materials are properly disposed of before you leave the room, never smoke in bed, and use deep ashtrays.