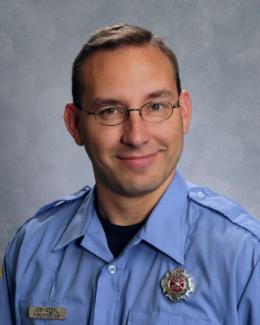 March 29, 2012 -- During a formal swearing-in ceremony at Portland’s City Hall this morning, Portland Fire & Rescue appointed Joshua Sperl to the position of Fire Lieutenant. The ceremony was witnessed by Portland Division Chiefs, other Fire Bureau personnel, and family members. 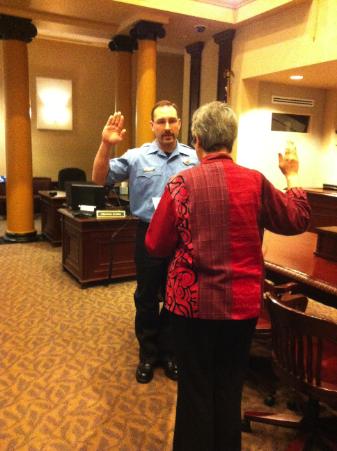 Lieutenant Sperl is sworn in

Lieutenant Sperl began his career with Portland Fire in 2005 and has worked at Stations 2, 4, 5, 7, 11 and 22; he is currently serving at Station 3 (Northwest/Pearl District). 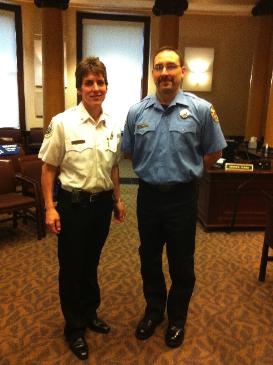 As a Fire Lieutenant, Sperl will be responsible for supervising firefighters when working at a fire scene or other emergency. He will also organize and supervise the day-to-day tasks at a Portlandfire station, and provide training on safety procedures and fire equipment to firefighters. Click here to view the City of Portland Fire Lieutenant job description.

Congratulations to Lieutenant Sperl on his appointment!