March 29, 2012 -- The month of March is celebrated internationally as Women’s History Month.  Throughout the month, the City of Portland is hosting events that highlight and celebrate contributions of local women who have made a difference. Click here to review a list of events.

This afternoon, the City of Portland honored exceptional female employees at an Awards Presentation & Concert in the Portland Building Auditorium.

Over 40 women were nominated by their co-workers to receive the “Women’s History Month Wonder Woman Award.” 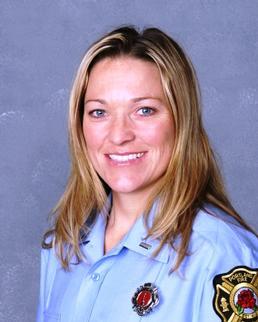 Fire Lieutenant Aimee Rooney was nominated by several of her colleagues at Portland Fire & Rescue and received this distinguished award during the ceremony.

According to one of her colleagues, Rooney is deserving of this award.  “Lieutenant Rooney has been a strong advocate and role model for women in the fire service.”  Another colleague notes, “She is a distinguished leader with an empowering presence.”

Rooney was also awarded the 2012 Firefighter of the Year. Click here to learn more.

Congratulations to Lieutenant Aimee Rooney and all other female employees who received the "Women’s History Month Wonder Woman Award.”

Congratulations LT!! When I saw this on the news I sent it to a friend who is a dispatcher for a fire department in Ohio. She was impressed...as I knew she would be. They are not very welcome to women in the fire service back there. It's good to be home!