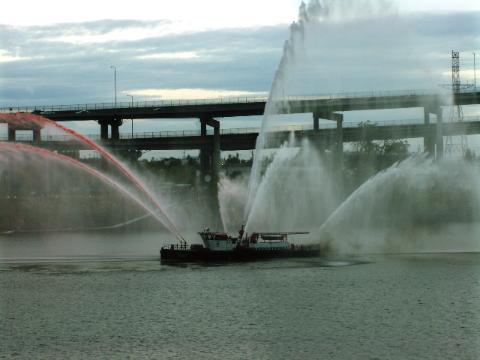 The second annual event held special meaning as it celebrated the friendship between the United States and Japan. In fact, Portland's waterfront cherry trees were a gift to the City of Portland from the Japanese Grain Importers Association in 1989.

Sakura Sunday included a riverfront gathering where citizens sent well-wishes to Japan and dropped flowers into the Willamette River. Citizens were also treated to a water-display by Portland Fire & Rescue’s Fireboat David Campbell.