At 11:15 am, Portland Fire & Rescue responded to reports of a smoldering fire in a grain silo at Columbia Grain located at 15660 North Lombard. All employees of Columbia Grain were safely evacuated at the time of the fire; an employee reported smelling smoke in one of the 30 silos located at the site. Each grain silo stands approximately 125 feet high.

Upon arrival, Portland Fire crews determined that the silo was only one-quarter full at the time of the fire. Eight firefighters brought hose lines up to the top of the silo and sprayed water into the silo to put out the fire in the smoldering grain. 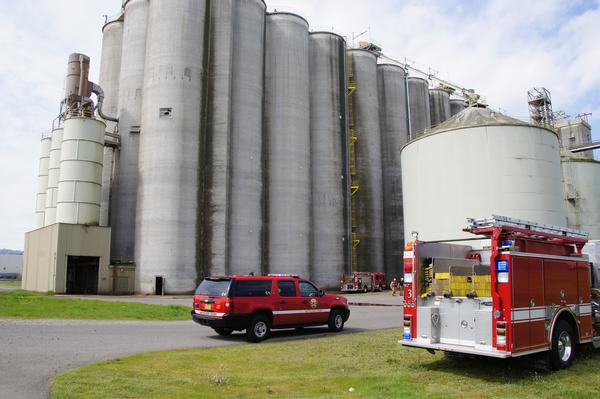 "Firefighters are always concerned about grain elevator fires because grain dust can be explosive in the right conditions," said Portland Fire Battalion Chief Tom Williams. "We shut down all power to the facility and then checked each silo for hot spots."

Columbia Grain exports soft and hard wheat to many ports around the world; trains full of grain come into the facility frequently from as far away as North Dakota. At the time of the fire, the Nord Ocean cargo ship out of Panama was docked at the grain facility awaiting a load of grain. The ship was not impacted by the fire other than the shut down of the facility. Portland Fire crews will remain on scene for the next couple of hours to monitor for any signs of smoke. 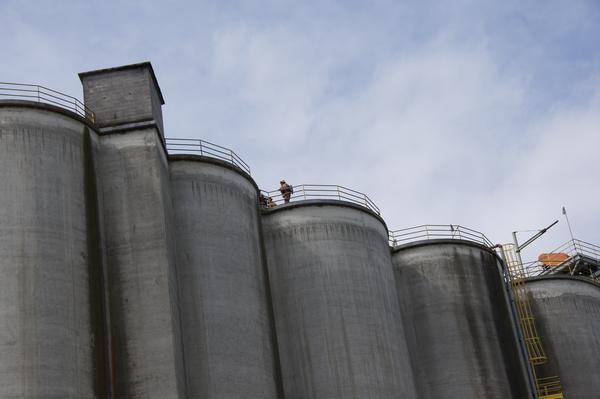 Portland Fire & Rescue investigators have not released the cause of the fire and damage estimates are not available at this time. This the second grain terminal fire in four days. Another grain terminal fire was reported at the Port of Longview on April 7th. A total of 34 Firefighters responded to the scene.