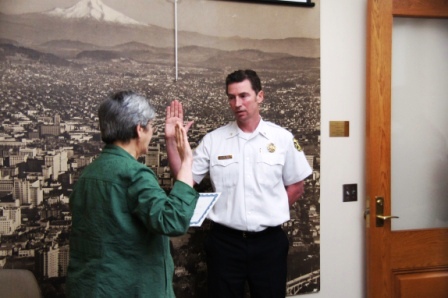 Duane Bray is sworn in as a Division Chief 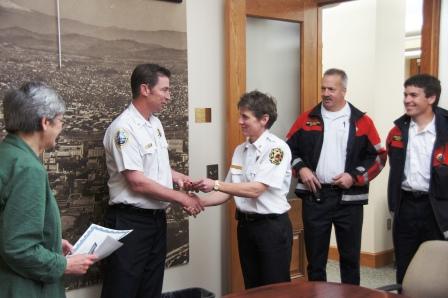 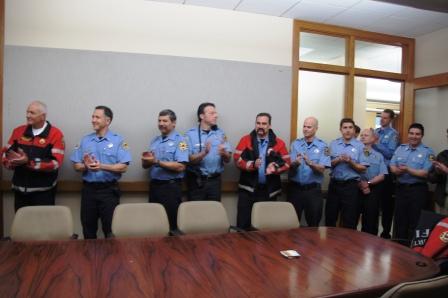 Bray will oversee PF&R’s Operations Division with just over 600 employees and a budget of $71 million.  As the Division Chief of Operations, Bray will manage Emergency Response, Emergency Medical Services, Battalion Headquarters, Emergency Management Liaisons, Bureau of Emergency Operations (BOEC) Liaisons, and the Hazardous Materials Program.  Emergency response is PF&R's most critical service to the community and is the primary means by which PF&R saves lives and property for the citizens of Portland. 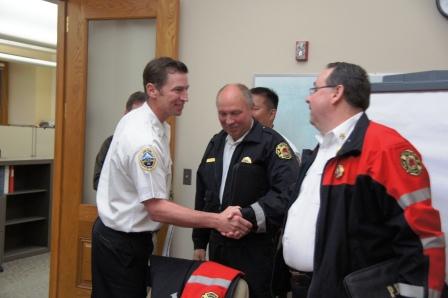 Bray was hired as a firefighter in 1982, promoted to the rank of Lieutenant in 1991, and 12 years later became a Captain.  In 2005, he was promoted to the rank of Battalion Chief in Emergency Operations and also served as PF&R’s Safety Control Officer.  In 2011, Bray was appointed Deputy Chief of Emergency Operations where he supervised three battalions and over 40 emergency response companies.

This piece of writing will help the internet people for creating new webpage or even a weblog from start to end.