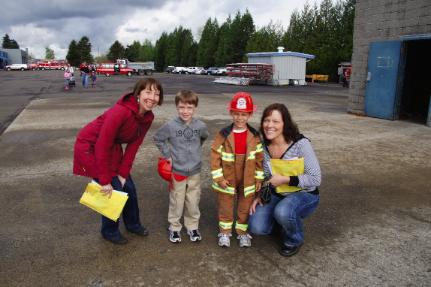 April 26, 2012 -- At Portland Fire & Rescue (PF&R), we believe it's never too early to start recruiting future firefighters. With that in mind, close to 100 off-duty firefighters and their children atteded the Bring Your Student to Work Day event at PF&R's Training Center. 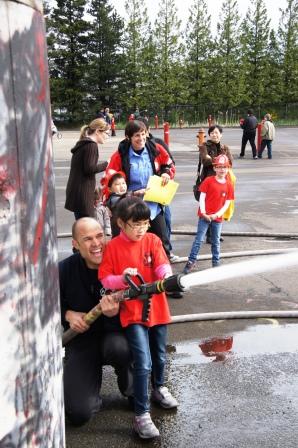 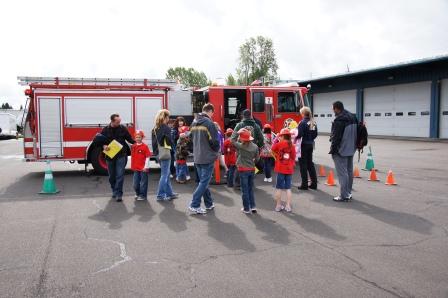 This event was sponsored by PF&R, Portland Firefighters Association (PFFA) Local 43, and the Fire Chief's Association. 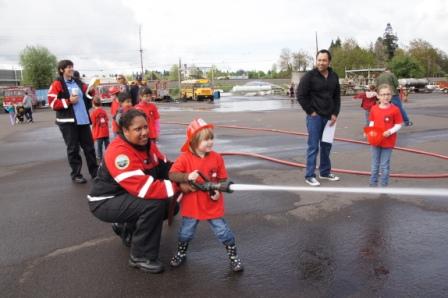 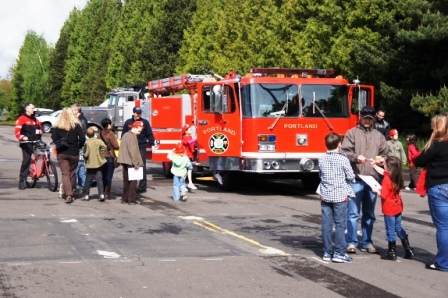 Students engaged in several different activity stations including a hands-on tour of a fire engine, riding in a fire engine, spraying water at a ball, knocking a fire hat off a cone with a fire hose, trying on and walking in turn-outs, and finding a "hose baby" in a maze. 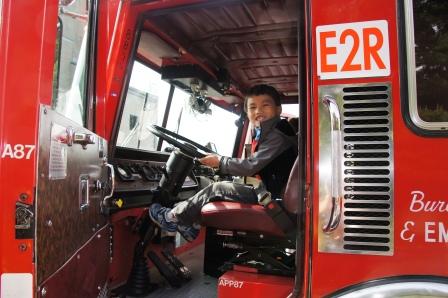 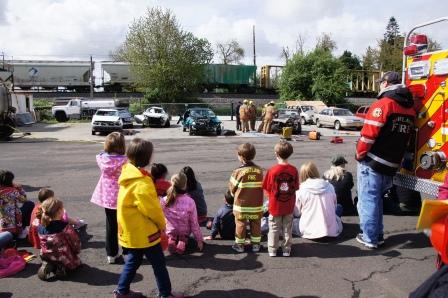 Firefighters from PF&R’s Station 2 put on a live demonstration of a vehicle extrication and then PFFA Local 43 cooked and served a BBQ lunch for all.  Each student received an fire prevention goodie bag and fire chief helmet from the Public Education Office.

had a great time today!and i am in picture #5 i am in the black and white shirt standing next to the girl in the red shirt.this is my 2nd year going Portland Fire and Rescue ROCKS!!!!!!!!!!!