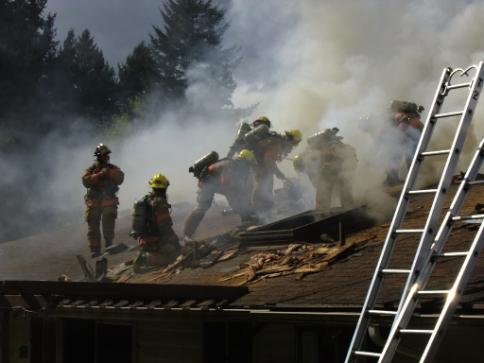 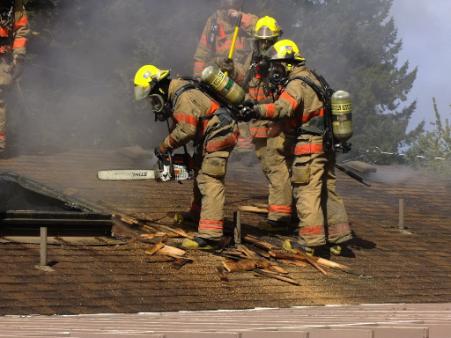 While en-route, 9-1-1 dispatchers alerted fire crews that it was unknown whether or not anyone was inside the home. Dispatchers also reported that callers where relaying that dark, heavy smoke was coming from the front door, windows, and eaves. 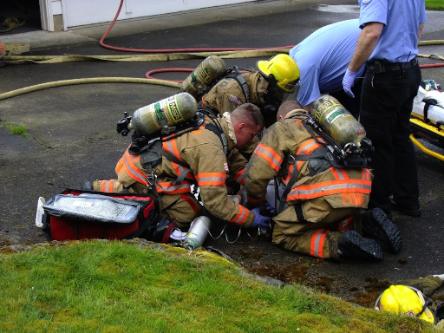 PF&R Rescue 30 (Gateway) arrived and relayed information to additional engine and truck crews on their way to the scene, noting significant smoke from the eves and chimney of the home. 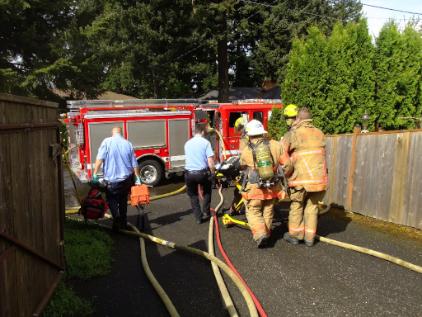 Firefighters from Truck 2 (Parkrose) then forced entry into the home and began a preliminary search for victims. Crews were also sent to the roof to perform vertical ventilation to allow heat and smoke to be vented from the structure. During this time, Portland Police officers where called in to remove multiple weapons from the residence.

Firefighters successfully attacked and extinguished a large body of fire on the main floor and then deployed a hand-held Thermal Imaging Camera (TIC) to see areas of heat through the smoke and darkness in the basement.

During the primary search of the residence, firefighters located a fire victim in the basement. AMR Ambulance paramedics treated and transported the victim to a local area hospital.

Portland Fire investigators were called to the scene. There are no damage estimates or a fire cause at this time.