Public and media are invited to tour the station, which is located at 8720 SW 30th Avenue, Portland, Oregon 97219.  The celebration will begin at 11:30 am with an opening ceremony and refreshments, station tours, and demonstrations will follow.  Firefighters – past and present – will be on hand to share the station’s rich history with participants, as well as new ways that the crews go beyond firefighting and emergency response to reach out to and enrich their community.

Between 1913 and 1941, Station 18 was located at 203 NE 24th Avenue.  In 1951, the station was moved to 7780 SW Capital Highway.  The station then moved to its current location in 1961. To meet the demands of the growing city, Station 18 was relocated in 2011 to a vacant garden center on SW Barbur Blvd. in order for the station to be seismically upgraded and remodeled with the use of General Obligation bond money.  The station remodel was completed in 2012. 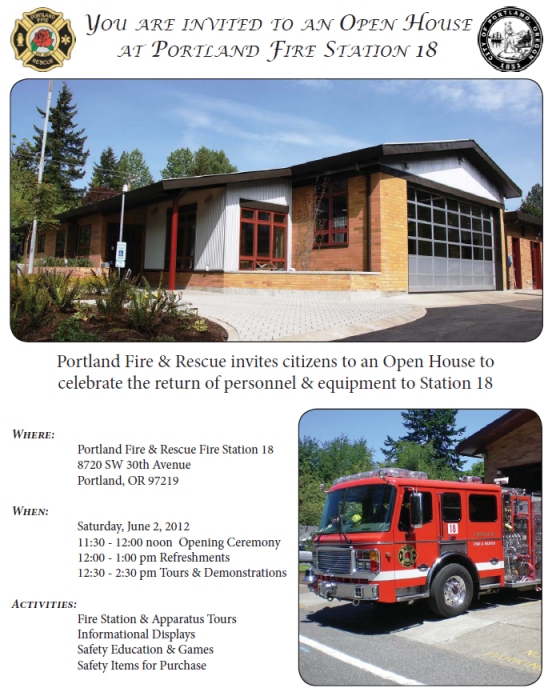